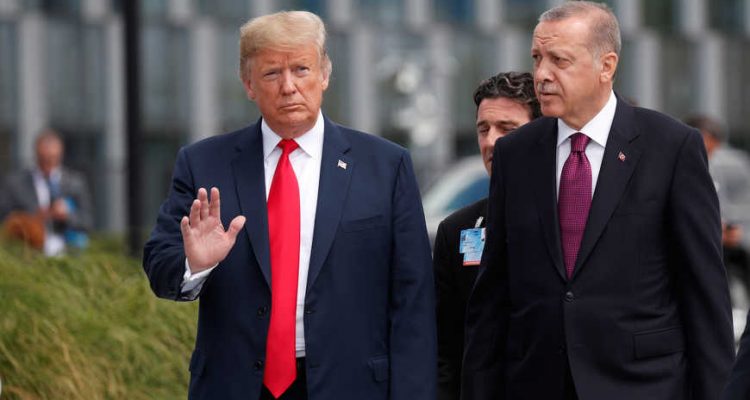 Following the withdrawal of US forces along the Syrian border last week, the Turkish military launched an offensive to create a “buffer zone” between Turkey and the region known as Kurdistan.

Meanwhile, the Kurds took the proactive step of making a deal with the Syrian government, which involves the movement of Syrian troops toward the Northern border with Turkey.

The continued chaos in the war-ravaged area of Iraq-Syria has resulted in the escape of hundreds of ISIS militants.

“I am fully prepared to swiftly destroy Turkey’s economy if Turkish leaders continue down this dangerous and destructive path.”

SPIRITUAL WARFARE ALERT! HOW TO PRAY.

I talked with Rick Ridings in Jerusalem, in October, just after he had a vision...More

No Comments on "Trump Calls For Syria Cease Fire, Announces Sanctions Against Turkey"