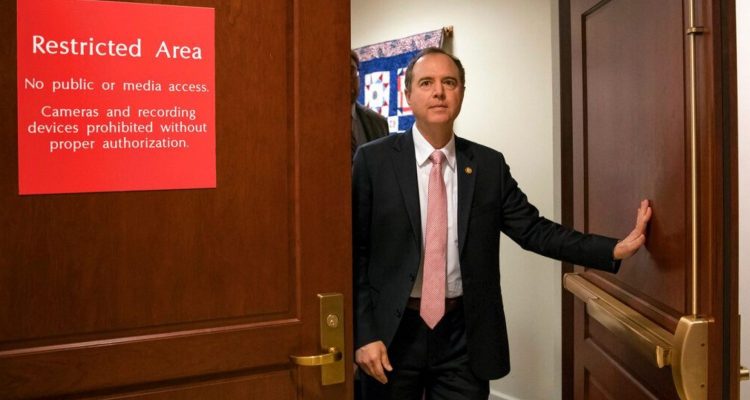 The goal line or whatever the actual ‘requirements’ for the Democrats are on the impeachment process steps keep changing, at least it seems that way.

House Intelligence Committee chair Adam Schiff was recently interviewed by Margaret Brennan for CBS News Face The Nation. Brennan questioned Schiff regarding the process of the impeachment inquiry. Schiff’s response included him stating that it was not only the contents of the Ukraine phonecall but also the preparatory work that went into it. He continued by also claiming that there were efforts to “condition something the Ukrainian President deeply sought.” Additionally, there was a “meeting with the President to establish that this new president of Ukraine had a powerful patron– the President of the United States.”

Brennan responded asking if Schiff believed this was the “quid pro quo” to which Schiff then stated the following:

“First of all, there doesn’t need to be a quid pro quo, but it is clear already I think from the text messages that this meeting [with Trump] that the Ukraine president sought was being conditioned on their willingness to interfere in the U.S. election to help the president [by investigating Joe Biden and his son, Hunter]. 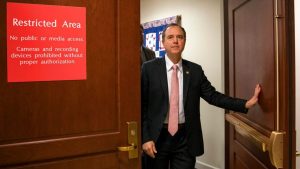 Meanwhile, this week, Republican Congressmen like Rep. Andy Biggs are being barred from what he called “secret, secret proceedings.”

I have a right to be in Adam Schiff’s unauthorized impeachment proceedings.

This is a secret, secret proceeding.

And the only information we’re getting out from what’s happening in Schiff’s secret chamber is coming from the leaks that emanate from the Democrats. pic.twitter.com/7939TCpaXG

According to Rep. Michael Cloud, the impeachment proceedings are in a top-secret room in the basement of the Capitol.

Impeachment proceedings should be deliberate, defined, and transparent. The “impeachment” proceedings happening in Washington right now are being conducted in a top-secret room in the basement of the Capitol.

The American people deserve access to the complete story. pic.twitter.com/apoxK3lpLp

In a press conference held on Wednesday, House Speaker Nancy Pelosi and Adam Schiff announced they would not be holding a full House vote on the impeachment inquiry.
It seems then that what the Democrats require in their impeachment process are secrecy and convenience.

No Comments on "What Exactly DO The Democrats ‘Require’ For Impeachment?"