Blogger David Collier published a report in 2019, alleging that publishing giant Pearson Education had released a book that indoctrinates children titled, “The Middle East: Conflict, Crisis and Change.” Pearson denied that their textbook on the Middle East conflict contained any anti-Israel bias despite updating it to give it more “balance.” The latest edition was offered free of charge to schools after organizations such as the Zionist Federation (ZF), the UK Lawyers for Israel (UKLFI) and the Board of Deputies expressed concerns.

Collier stated that the textbook’s author was “clearly driven by a post-colonial mindset” in discussing, among other things, the massacre in the village of Deir Yassin, and UKLFI concurred that the book was “full of anti-Israel bias.”

UKLFI also raised concerns in October, whether another Edexcel title called “History Conflict of the Middle East, c1945-1995 Student Book,” at which point Pearson withdrew both textbooks to carry out the review.

UKLFI director Caroline Turner reacted to the update, stating, “We are pleased that Pearson withdrew, reviewed, then revised the problematic textbooks. We hope the new versions will be more balanced in their approach to history.”

This week, however, a spokeswoman from Pearson denied that there had been any anti-Israel bias. 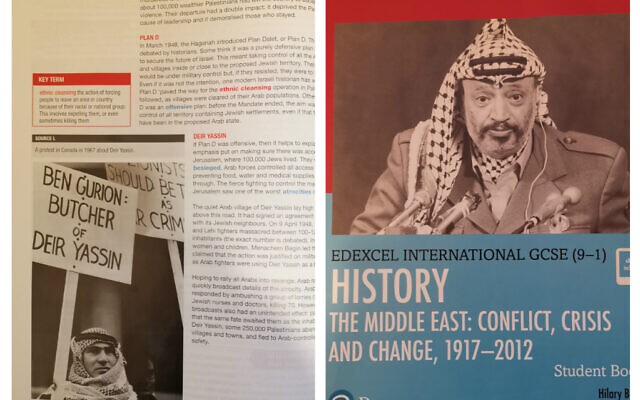 “Berserkly Berkeley” that’s their new name till they get their act together. Probably should hashtag...More

FOX News: A high school student in Minnesota has been in the news recently after...More