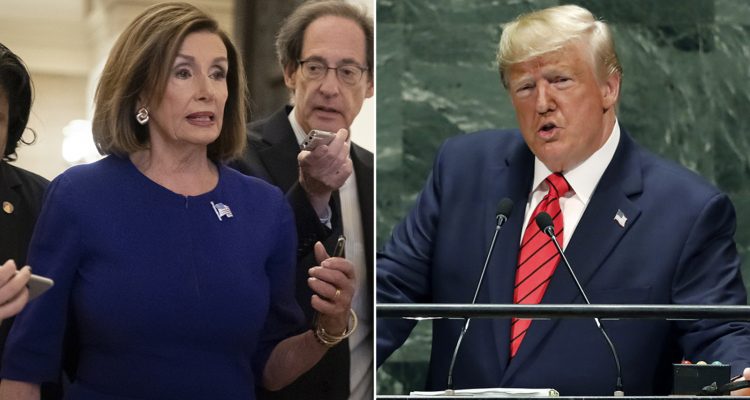 Every once in a while, a story is enthralling and complex enough to justify a summary to bring multiple headlines into focus. The current drama involving President Trump, Joe Biden, the Ukraine, Nancy Pelosi, and a new push for impeachment is one of them.

Early this week Democrats began a new push for impeaching President Trump as House Speaker Nancy Pelosi, once opposed to such a move, threw her support behind it. Her support removes barricades to votes being held on the house floor as she announced a new investigation.

What changed? New reports that President Trump pressured the Ukraine to renew an investigation into a company associated with Hunter Biden, Joe Biden’s son. Headlines across multiple news networks reported the President asked “eight times” during one call according to “a source”.

It seems President Trump was all too prepared for the move as he announced that he would be releasing the full, unredacted transcripts of the phone call in question the following morning, tweeting:

“I am currently at the United Nations representing our Country, but have authorized the release tomorrow of the complete, fully declassified and unredacted transcript of my phone conversation with President Zelensky of Ukraine……..You will see it was a very friendly and totally appropriate call. No pressure and, unlike Joe Biden and his son, NO quid pro quo! This is nothing more than a continuation of the Greatest and most Destructive Witch Hunt of all time!”

The transcript was released this morning which appears to vindicate the President while taking momentum away from Democrats’ newest push for impeachment.

To make matters worse for them, Trump has turned the tables by exposing possible misbehavior by Joe Biden when, as Vice President, he threatened to withhold a US foreign aid package from Ukraine if a certain prosecutor, who was investigating Hunter Biden’s company, was not fired. The prosecutor, Viktor Shokin, was fired.

Stunningly, Joe Biden bragged about the encounter on television in an interview:

It appears the Democrats miscalculated, creating a monster that is now devouring their front-runner and the lone (perceived) moderate remaining in the field.

Top Democrats Are Now Trying To De-Legitimize The 2020 Election, Say It Has Already Been ‘Corrupted’

From Giancarlo Sopo, a writer for The Blaze, is an article showing how top Democrat leaders...More

No Comments on "What You Need To Know About Trump, Biden, Ukraine, Pelosi, Impeachment"