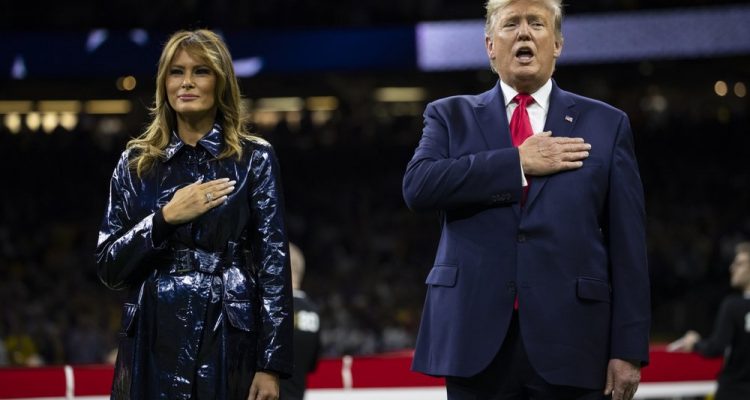 Several other VIPs joined the President including US Senator Lindsey Graham (R-SC), Congressman Steve Scalise (R-LA), Ralph Abraham (R-LA), and Mike Johnson (R-LA) who all rode to the game in style aboard Air Force One with President Trump.

Check out this clip that President Trump shared:

Louisiana’s own Lauren Daigle did the honors of singing our National Anthem, The Star Spangled Banner, in beautiful fashion:

Actor Vince Vaughn was also at the game, shaking the President’s hand in this video that has since gone viral:

LSU bought home their fourth National Title in school history by defeating the Clemson Tigers 42 to 25 and securing their place in history with an undefeated 15-0 record. Quarterback Joe Burrow once again led them to victory, throwing for 5 touchdowns and nearly 500 yards.

Burrow, the 2019 Heisman Trophy Winner, put on another dazzling performance after throwing for 5 touchdowns and nearly 500 yards and breaking the all-time College Football record with 61 passing touchdowns on the season. The previous record was 58