In this blog written for The Times Of Israel by Amichai Shikli, he’s responding to documents containing statements and demands by leaders of the United Arab List. These leaders, MKs Aiman Ouda and Dr. Ahmad Tib, presented the document at Israel’s President Rivlin’s residence recently, which includes a declaration stating that Palestinians are the “masters of the land.” 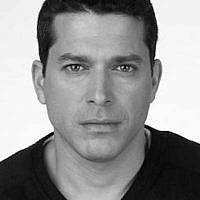 Do the documents represent the entire Arab public in Israel? I am happy to say that the answer to that question is no. Do they represent the majority of the Arab population’s political and intellectual leadership? Sadly, they do!

Now that the carefully articulated Palestinian national strategy before us is clear, we must decide where we stand in relation to it: Will we allow Zionism to wither away and die out, or will we continue to adhere to Israel’s Proclamation of Independence, the essence of the Zionist doctrine, which asserts that “it is the natural right of the Jewish people to be masters of their own fate, like all other nations, in their own sovereign State”?

Source: Tibi’s Revisionist Strategy: Palestinians As ‘Masters Of The Land’ | The Times Of Israel

No Comments on "Tibi’s Revisionist Strategy: Palestinians As ‘Masters Of The Land’"