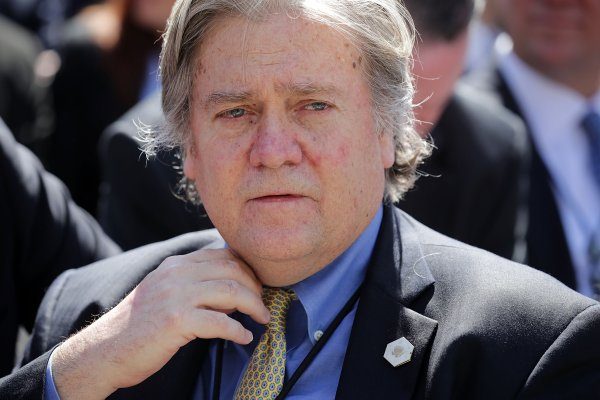 VICE published an interview with Steve Bannon on Friday about his time in the White House. He told the interviewer that he’d tried to have the alleged Ukraine whistleblower removed from the National Security Council in 2017 because he was concerned about leaks.

“When I was in the White House there was a number of people in the National Security Council — the named individual eventually got let go, I believe because people were suspicious, not me, but other people around him were suspicious about his leaking, and that’s why he was let go,” he said.

The whistleblower, reportedly a partisan CIA Analyst, filed the August 12th complaint that has led to the Democrats impeachment inquiry. Although several media outlets have reported on the name of the Analyst, Bannon told the interviewer that he didn’t think his name being known publicly was important, however, “I think it’s important to see the mentality and intent of people who did this,” he added.

The US House of Representatives held its final vote last evening to proceed with the...More