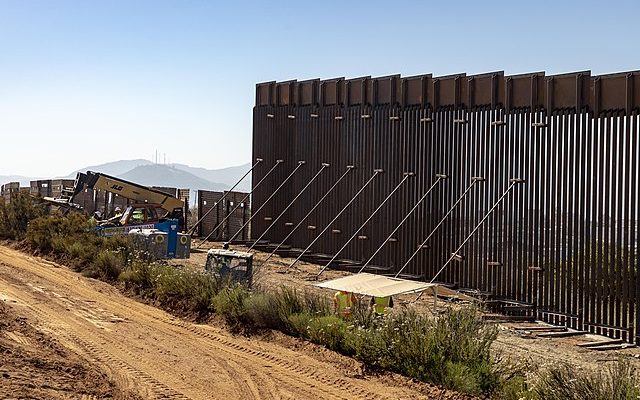 President Trump’s team has not been idle while the Democrats impeachment circus drags on. The Trump administration has been preparing the paperwork to buy privately held land along the border with Mexico, with the ball set to start rolling within the next week.

Officials are looking into using the Declaration of Taking Act (eminent domain law) to speed the process up. In the past, Washington had to compensate the landowners and fight battles on multiple legal fronts for access to their land. This time, the President is thought to be considering emergency powers to speed up construction.

Despite the various obstacles that have dogged President Trump’s efforts to get the border wall built, acting Commissioner of U.S. Customs and Border Protection, Mark Morgan said significant progress was being made to secure the border. During a press briefing on Thursday, he noted that the administration’s strategies were sending the right message to the Mexican cartels.

Democrats on the House Judiciary Committee have announced a new investigation into President Trump's Migrant...More

No Comments on "President Trump Makes Progress On The Wall"