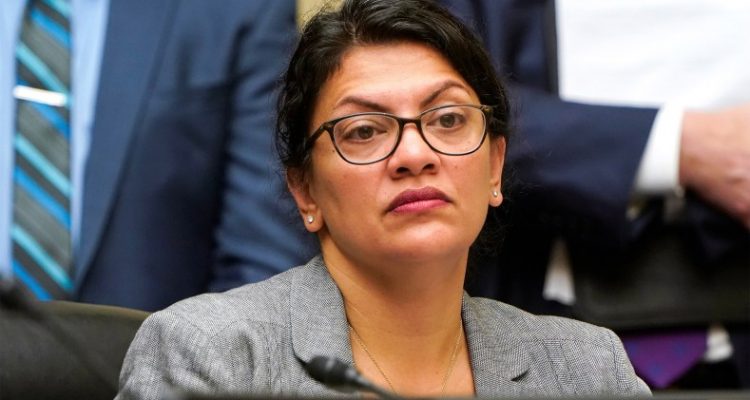 As reported yesterday, Rep. Rashida Tlaib’s comments to Detroit’s police chief, James Craig, have been seen by many as racist. This is not the first time that congresswomen Tlaib has seemingly had a problem with race. She has shared at least four fake hate crimes in 2019 alone.

As soon as the story started to go viral, it collapsed. Thomas backtracked almost immediately, claiming the next day that she couldn’t be sure the man used the words “go back” as she’d initially claimed. The man, Eric Sparkes, confronted her in front of news cameras the next day and told her he was Cuban, an immigrant, and held progressive political views. He categorically denied her racially charged claim and said it was untrue.

A witness of the incident told police it was, in fact, representative Thomas, who told Mr. Sparkes to go back where he came from. This story was thoroughly debunked within 24 hours, but did  Tlaib post a retraction or apology? No, of course she didn’t.

Rep. Tlaib was one of many progressive politicians and pundits who rush to condemn Nicholas Sandmann from Covington high school after an incident at the Lincoln Memorial in January. First videos and reports made it seem as if MAGA hat-wearing teenagers were mocking and harassing a Native American man banging his drum. Further investigation revealed significant inaccuracies in those assumptions.

“This is so hard to watch. It reminds us of the growing hate and oppression we are all up against.” Tlaib wrote on Twitter.

This is so hard to watch. It reminds us of the growing hate & oppression we are all up against. #TakeOnHate https://t.co/wqZKbhmvEb

Of course, it then turned out it was the teenagers who were being verbally abused by a group of black Israelites. Did Congresswoman Tlaib post a correction or retraction for this hoax? Again, no.

Now, who can forget the “racist attack” perpetrated against the Empire actor, Jussie Smollett, in the middle of extremely liberal Chicago? Smollett claimed that two MAGA hat-wearing Trump supporters attacked him in the street, hurled homophobic insults, put a noose around his neck, and poured a substance over him (possibly bleach).

This was another story that Tlaib shared on Twitter. Her post contained the GQ article titled, “the racist, homophobic attack on Jussie Smollett is far-right America’s endgame.” Seemingly unable to resist giving her own hot take on the incident, she added to the tweet, “the dangerous lies spewing from the right wing is killing and hurting our people.”

"When one of the most famous black and gay men in America is not safe, the message is clearer than it has ever been." The dangerous lies spewing from the right wing is killing & hurting our people.

Thinking of you @JussieSmollett, and my LGBTQ neighbors.
https://t.co/edtIFWYAX1

As we now know, Smollett’s story began to collapse as soon as local police and media examine the implausible details of his claims. Chicago police eventually arrested Smollett three weeks after his initial story, saying that he paid two men by check to attack him as part of a scheme for higher wages.

At the time, police superintendent Eddie Johnson stated that Smollett’s accusation was “shameful” and hurt Chicago’s reputation. After Smollett’s arrest, GQ magazine updated the story expressing regret for hastily blaming “far-right America” and also not being clear the piece was opinion. Smollett, of course, maintains that he told the truth. Tlaib has never published an apology or retraction.

This last crime is also the most recent. A 12-year-old African-American girl from Virginia, Amari Allen, claimed three white classmates pinned her down and cut off her dreadlocks. Having learned nothing from her past mistakes, Congresswoman Tlaib rushed to Twitter to give the world her opinion.

“You see Amari, you may not feel it now, that you have a power that threatens their core. I can’t wait to watch you use it and thrive,” Tlaib tweeted.

You are beautiful, Amari Allen. You are courageous & strong. You are loved.

You see, Amari, you may not feel it now, but you have a power that threatens their core. I can't wait to watch you use it and thrive.

The claims, of course, turned out to be complete fiction, and the activist Tlaib originally retweeted apologized for spreading the story after Amari recanted her charge, but Tlaib did not share a retraction or apology.

Sorry does indeed seem to be the hardest word when it comes to Rep. Tlaib.

Rep. Rashida Tlaib, a Palestinian American who is a Michigan Democrat, retweeted then removed a...More

No Comments on "Rep. Rashida Tlaib Has Shared Four Fake Hate Crimes In 2019"