A poll was taken recently by Marist, commissioned by the Knights of Columbus. The Poll shows a significant increase just over the past month in the number of Americans who identify as “pro-life.” It’s the first time since 2009 that the same amount of Americans identified as “pro-life” as “pro-choice.” The increase in pro-life identification occurred among Democrat Americans, and for those under the age of 45. 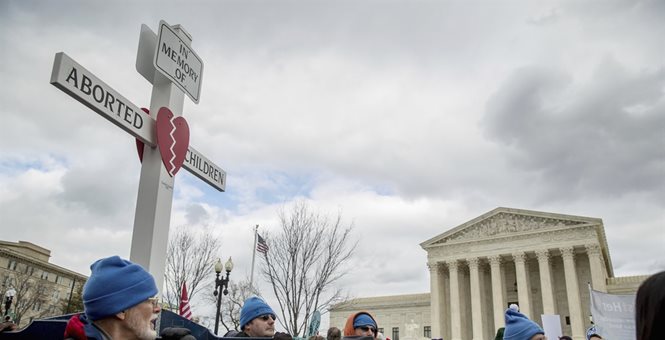 The survey was taken from February 12-17 after Democrats embraced a push for late-term abortion. Barbara Carvalho, director of the Marist Poll, told Axios that the opinion shift was notable and likely related to that push.

“This has been a measure that has been so stable over time. To see that kind of change was surprising,” she said. “And the increased discussion [of late-term abortion] in the public forum in the past month appears to have made the biggest difference in how people identify on the issue.”