Palestinians living in the West Bank were told that the Western Wall in Jerusalem belongs only to Muslims during a filler piece between television programs on the official Palestinian Authority TV. The same information was also in a news article in the official PA newspaper. During the short broadcast, which aired on November 29th, 2019, an official PA TV narrator told viewers: “The historical documents in the possession of the Palestinians of Jerusalem testify that Jerusalem is a city of Arab origin for thousands of years, and its history and culture are Islamic. Since Islam’s conquest [in the 7th century], the al-Buraq Wall [the Western Wall] has remained an Islamic waqf [an inalienable religious endowment in Islamic law]. The Muslims have the absolute right to it, and there is not even one rock there that dates back to the period of King Solomon, as the Jews claim.”

Images of daily life within Jerusalem’s Old City and of the Western Wall, part of Judaism’s holiest site, the Temple Mount, played as the voice over from the PA narrator spoke. A remnant of the wall is part of a large retaining wall built by King Herod to support the mount for the Second Temple. Nothing of Solomon’s First Temple remains, although artifacts from that period have been found in the area.

The same claim of the Western Wall was broadcasted again on December 30th during a program called Reporters in the Field. The director of the Land Research Center, Jamal al-Amleh, was featured in the program; he was quoted saying: “It is known that [the Jews] have nothing in Jerusalem and Hebron. All archaeological excavations – even the Jewish archaeologists themselves – have proven that there is no existence of their state in this country, no existence of the Temple on the mountain where al-Aqsa Mosque is built. All of their history and narrative is a false narrative.” 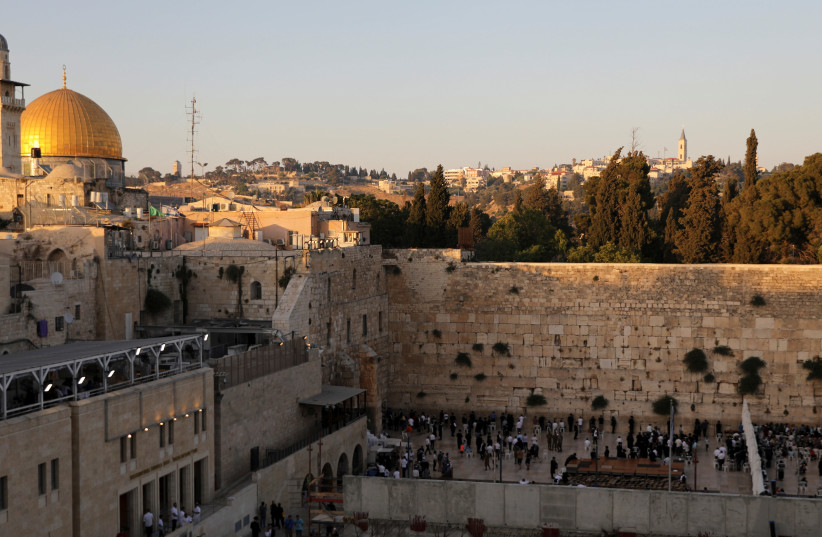 No Comments on "PA Tells Palestinians: The Western Wall belongs Only To Muslims"