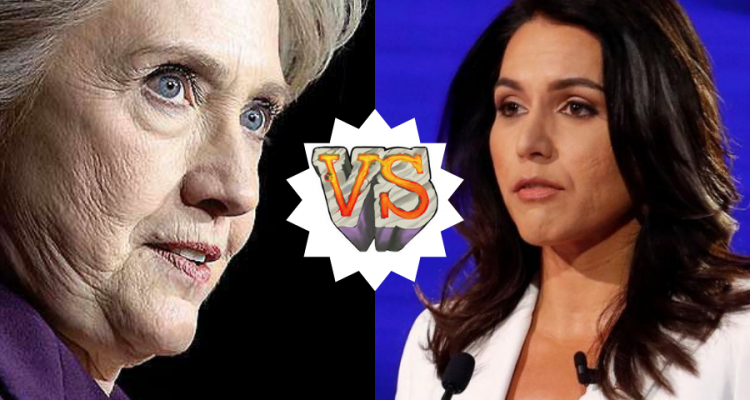 Hillary Clinton made a comment on a podcast last week that blew up in her face spectacularly. While talking with former Obama adviser David Plouffe, Clinton said:

“I’m not making any predictions, but I think they’ve got their eye on somebody who is currently in the Democratic primary and are grooming her to be the third-party candidate. She’s the favorite of the Russians.”

Although no names were mentioned, it wasn’t hard to figure out exactly who Clinton was referring to. There are only five female Democrats running for President and only one of those women has ever been mentioned in the same sentence as Russia.

For months there have been anonymous whisperings about Tulsi Gabbard and Russia but no proof was ever provided and nobody could be pinned down on where this information was coming from. However, Tulsi had quite a bit to say about that when she became aware of Hillary Clinton’s comments. Through a series of tweets, Tulsi fired back and it was clear to anyone that Clinton was the loser in this twitter war.

Great! Thank you @HillaryClinton. You, the queen of warmongers, embodiment of corruption, and personification of the rot that has sickened the Democratic Party for so long, have finally come out from behind the curtain. From the day I announced my candidacy, there has been a …

… concerted campaign to destroy my reputation. We wondered who was behind it and why. Now we know — it was always you, through your proxies and …

… powerful allies in the corporate media and war machine, afraid of the threat I pose.

It’s now clear that this primary is between you and me. Don’t cowardly hide behind your proxies. Join the race directly.