Jon Hamill shares a prophetic word and experience, including a vision, he had last year in September. He shares how he saw a gavel fall by the cornerstone in the nation’s capitol, for both an impeachment turnaround, and for an incredible advancement for life. Hamill states that the covenant with death and Hell will be annulled! 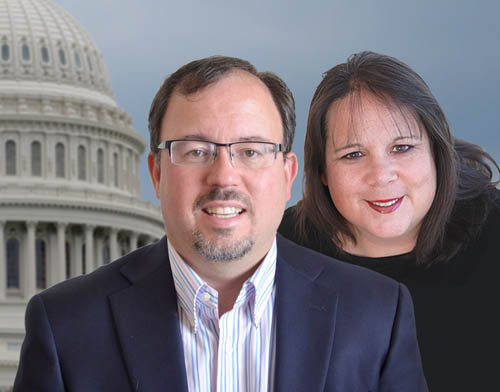 What does the turnaround look like? This last September, the Lord gave me a prophetic experience conveying the potential of a Republican sweep in the 2020 elections. I’m not seeking to be political here, or tell anyone how to vote. Both parties have severe faults. Also, there are aspects of God’s intended turnaround conditional and dependent on the obedience of leaders entrusted to the office. But many aspects are not.

I wrote then, “I also sensed one particular party had so openly defied the Lord, in word and in deed, that He was ready to bring the gavel fully down.”

In truth, I had totally forgotten this perception when, on November 5 (almost exactly) a year from the 2020 elections, I saw the gavel fall by the cornerstone in the Capitol. Only in copying and pasting the word below today did I rediscover it. Below is the word.

In the vision, a bridge to the White House appeared. I walked across the bridge and went tentatively through an open door. At that moment the Lord spoke to me clearly, “I keep moving to open doors you keep trying to shut!” I wholeheartedly repented.

In the vision President Trump was at the top of stairs with crimson carpet in his private residence, kneeling as if praying and pondering. He signaled to me, inviting me to enter into prayer. His hands were on a miniature sculpture of the Capitol. Interestingly, it was brown.