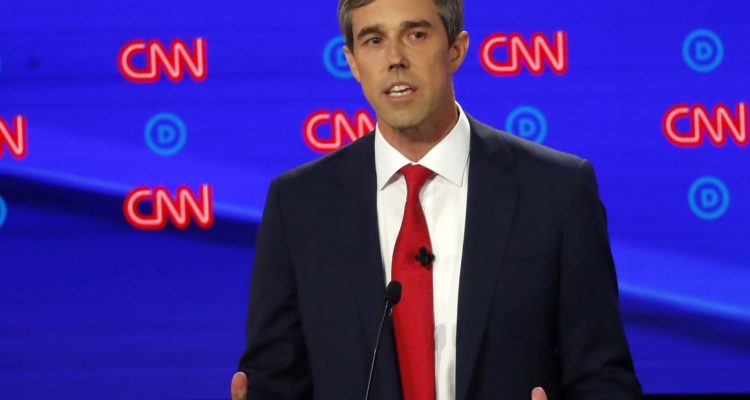 Beto O’Rourke wants to punish your church if it dares to disagree with his liberal politics. He wants the government to punish anyone who dissents. If you are a church or nonprofit that disagrees with his liberal ideology, then he wants to revoke your tax-exempt status.

At last night’s CNN LGBT town hall, the mediocre presidential candidate went further than his usual gripes, appearing to declare an all-out war on religious freedom. O’Rourke was asked should organizations lose their tax-exempt status if they are against gay marriage, “Yes!” came his immediate reply.

2020 hopeful @BetoORourke said tax exempt status, under him, would be stripped from religious institutions that did not support same-sex marriage or discriminated against anyone in any way.#EqualityTownHall pic.twitter.com/BpQQVR5FeX

Of course, this ridiculous response is in direct violation of the first amendment, something the presidential hopeful will be well aware of, especially since he is Catholic. Regardless of a person supporting gay marriage or not, the fact that he is threatening to use the power of the government to punish people he disagrees with is nothing short of tyrannical.

Tax-exempt status is meant to go to groups and organizations based on their nonprofit status, not on whether the government in power at the time agrees with their world view. O’Rourke should keep this in mind because the second he opens that door, the next Republican president could decide to remove the tax-exempt status of Planned Parenthood, the ACLU, or any number of organizations who subscribe to progressive ideology.

There is zero doubt that this policy would kill a massive percentage of churches all across America. O’Rourke knows this since he proclaims to be Catholic, and since Catholicism follows biblical teachings on homosexuality, he’d be closing churches of his own faith down. This is entirely true to form for Beto, but to anyone not caught in a liberal bubble, this move can only be seen as unconstitutional and authoritarian.

Which Joaquin did what?

Joaquin Phoenix will be starring in the new Joker movie that highlights his descent into...More

Several of the Democrat Presidential candidates have decided they will not attend next week's annual...More