Judicial Watch sent some of their staff to Central America to interview and observe what’s been taking place in the ever-increasing, Caravan. They discovered there are others from additional countries outside of Central America, and of the demographics of the group, many are angry, young men. 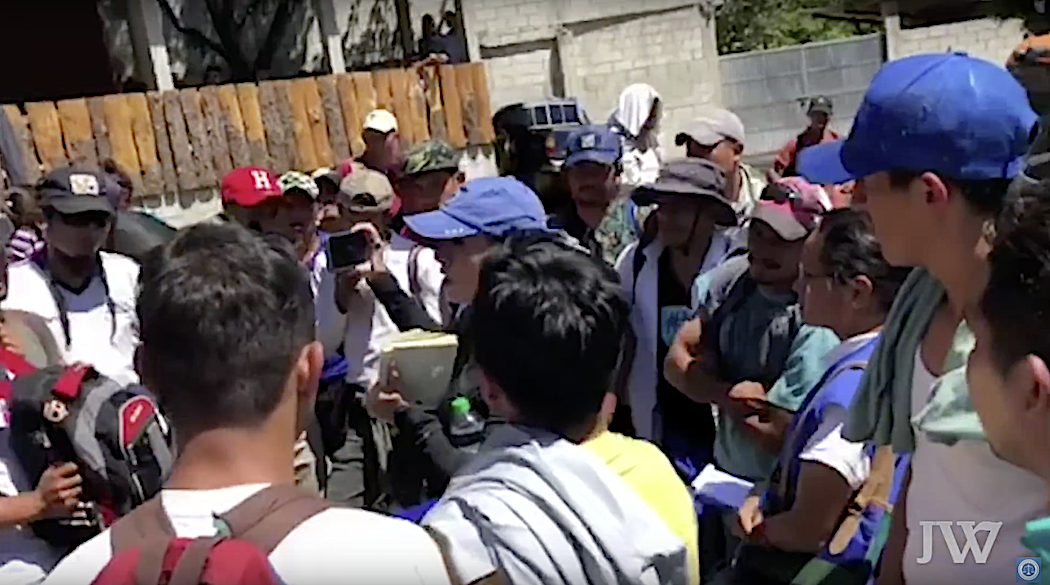 All of the migrants interviewed by Judicial Watch repeated the same rehearsed line when asked who organized the caravan, insisting it was a spontaneous event even though there were clearly organizers shouting instructions in Spanish and putting select persons in front of cameras for interviews. A few claimed they heard about it on local news in Honduras. All of them said the caravan was not about politics but rather poverty. “I just want to get back to the U.S.,” said a 32-year-old man who admitted he has been deported from the U.S. twice. “We are all just looking for work.” The group radiated a sense of empowerment. One marcher, who appeared to be in his late teens, yelled “you go live in Honduras and see what it’s like!”

Honduran President Juan Orlando Hernández, a conservative, said in a local newspaper report that leftist interests seeking to destabilize the country are manipulating migrants.  Women and children are being used without regard to the risks to their lives, Hernández said. “The irregular mobilization was organized for political reasons to negatively affect the governance and image of Honduras and to destabilize the peace of neighboring countries,” the president said, adding that many have returned to the country after realizing they’ve been fooled.