FOX News: The protestor, identified as Therese Okoumou, climbed from the pedestal area to the base of the statue, forcing an evacuation. She was arrested hours later by police after ascending the monument on Independence Day. At least 16 Emergency Service Unit personnel were involved in the rescue. 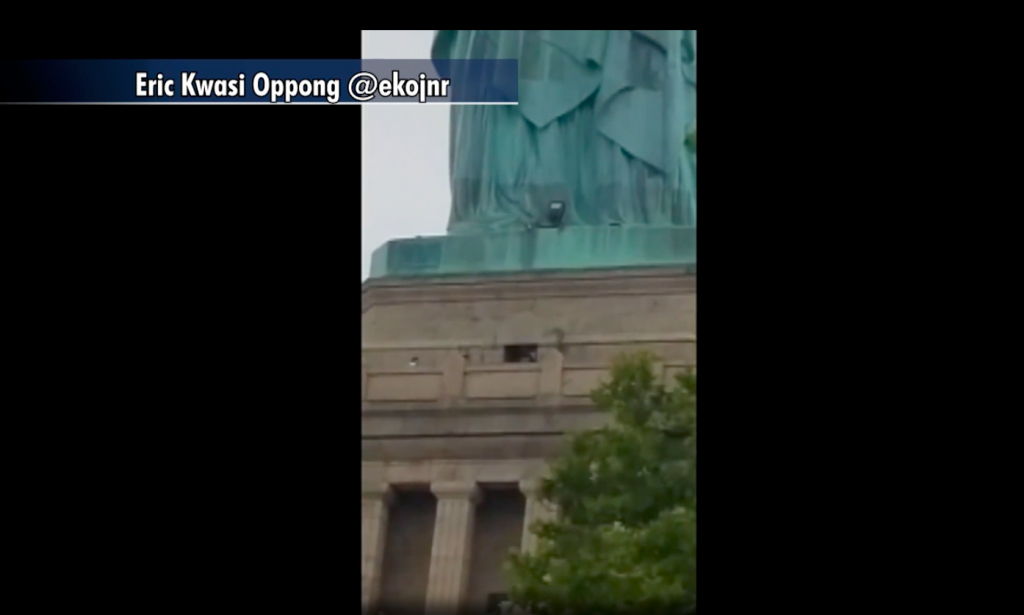 Brian Glacken, a detective with the NYPD Emergency Service Unit, said at a news conference late Wednesday that after receiving a call about the woman just after 3 p.m., officers made their way to the base of the statue, where the woman was located, and had a conversation with her.

“She was basically up there saying about the children in Texas. She just mentioned the kids in Texas,” Glacken said, confirming the woman was protesting the Trump administration’s “zero tolerance” immigration policy.

The detective said initially the woman “wasn’t friendly,” but eventually they developed “a rapport with her so she would trust us.”