The Washington Post: The Chinese government recently began a stricter crackdown on religious practices in the country. Pastor Jin Mingri of the Zion Church in Beijing had to record his sermon for his parishioners to download to their cell phones since the Chinese authorities shut down his church a week ago. The church has been declared illegal. In a recent interview, he stated that this is a war against religion and that The Communist Party has begun to see it as a competitor. 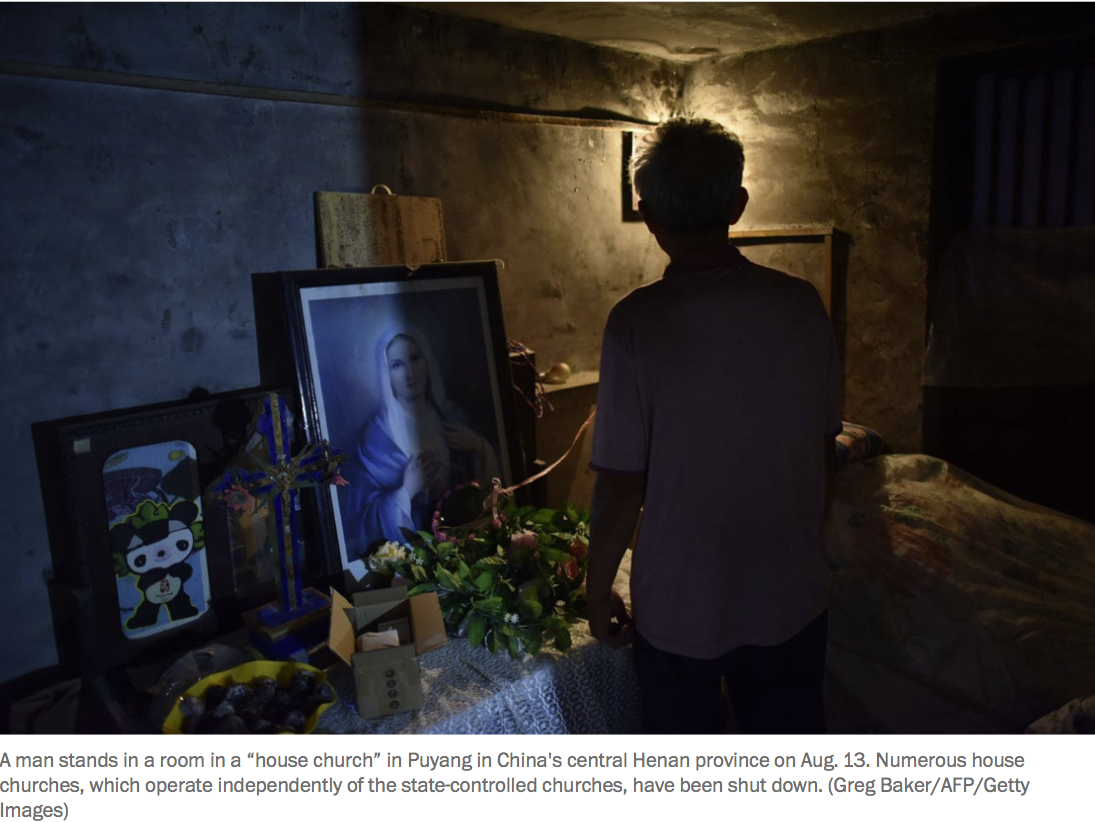 In the western region of Xin­jiang, home to a Uighur Muslim population of 13 million people, the Chinese government has imposed increasing pressures against what it calls the “ideological virus” of Islam.

Muslims are subjected to heightened religious restrictions and mass surveillance, Human Rights Watch said in a 117-page report released last week. The million or so Muslims held in mass detention centers suffer forced political indoctrination and mistreatment including torture, the report and other accounts said.

No Comments on "With Wider Crackdowns On Religion, Xi’s China Seeks To Put State Stamp On Faith | The Washington Post"