Wikileaks latest news today challenges a report published by the news media outlet, The Guardian.  The secretive organization helped shake up the 2016 presidential election by posting hacked emails from the Democratic National Committee and the Hillary Clinton campaign.

The report alleges Paul Manafort saw Julian Assange inside the Ecuadorian embassy in London in 2013, 2015 and again in spring 2016. The report, however, does not specify when in 2016 Manafort allegedly met with Assange. Wikileaks responded by betting the media outlet 1 million dollars that Manafort never met Assange. 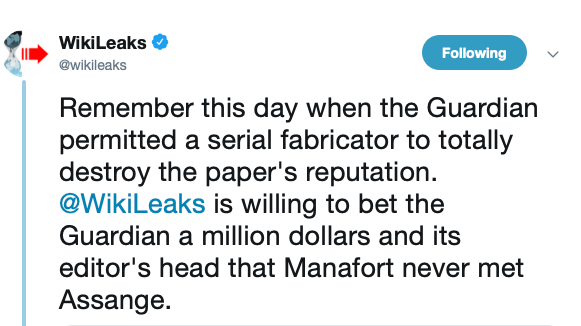 In this ongoing online saga, it has also been noted that news media outlet changed the narrative of their published story. 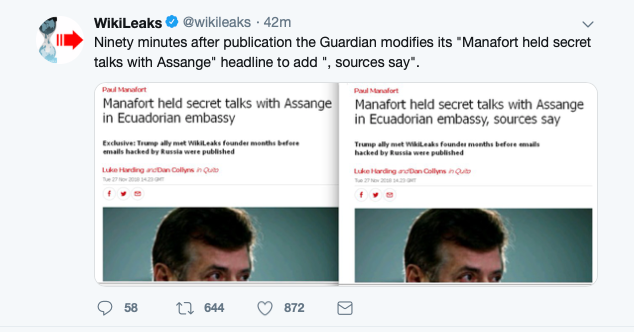 Additionally, the paper’s editor, Kathy Viner, has been similarly challenged, stating they would charge 10% interest until she quits and the paper pays up.