In September of 2017, Rep. Ilhan Omar had a closed-door meeting with Turkey’s President, Recep Tayyip Erdogan who was in New York City for a United Nations General Assembly meeting. This meeting, largely ignored by mainstream media and hardly reported, which in part was due to the meeting not open to the press, as well as Omar not well-known at the time. 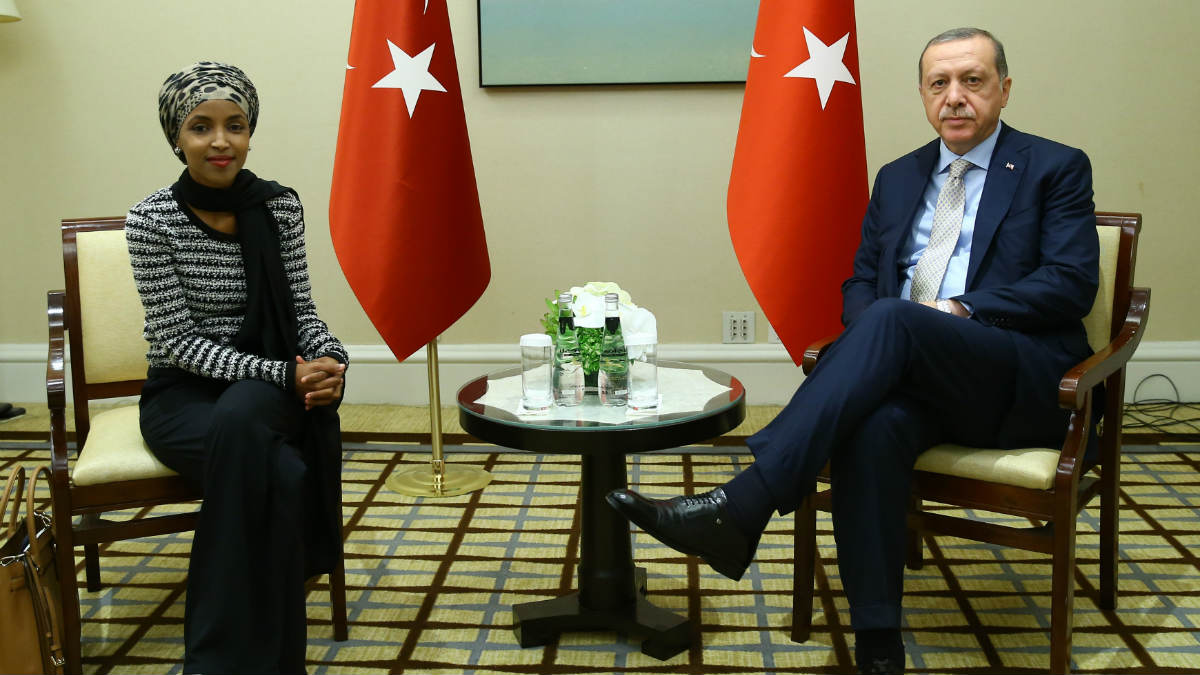 The story makes clear, through photos and text, that Omar led the Minnesota-based Somali delegation (which included her non-politician husband, who is seen next to her in photos) that met with Erdogan. This is quite remarkable, given that Omar was then a mere Minnesota state representative, meeting face to face with the leader of an 80-million-person nation with one of the most powerful militaries in the world.

Speaking to the Tusmo Times, Omar said, according to the translation, that she met with Erdogan for about an hour and that the two discussed issues involving Omar’s native Somalia and issues for Somalis in Minnesota. She thanked Erdogan for Turkey’s support for the Rohingya people in Myanmar. The two also discussed investment and trade between Turkey and Somalia. The meeting ended with Erdogan asking Omar to voice her support for Turkey. The report concludes by adding that Omar not only met with Erdogan, but also with the Turkish prime minister and other senior Turkish officials.

Source: When Omar met Erdogan: The unearthed report from their 2017 meeting | Conservative Review

No Comments on "When Omar met Erdogan: The unearthed report from their 2017 meeting"