National Review: Ben Shapiro’s op-ed piece lists critical keys regarding the social media takedown of Alex Jones program, Infowars. He shares how instead of making it clear what policies were not followed, Facebook and its competitors banned Infowars, citing vague prohibitions on ‘hate.’ 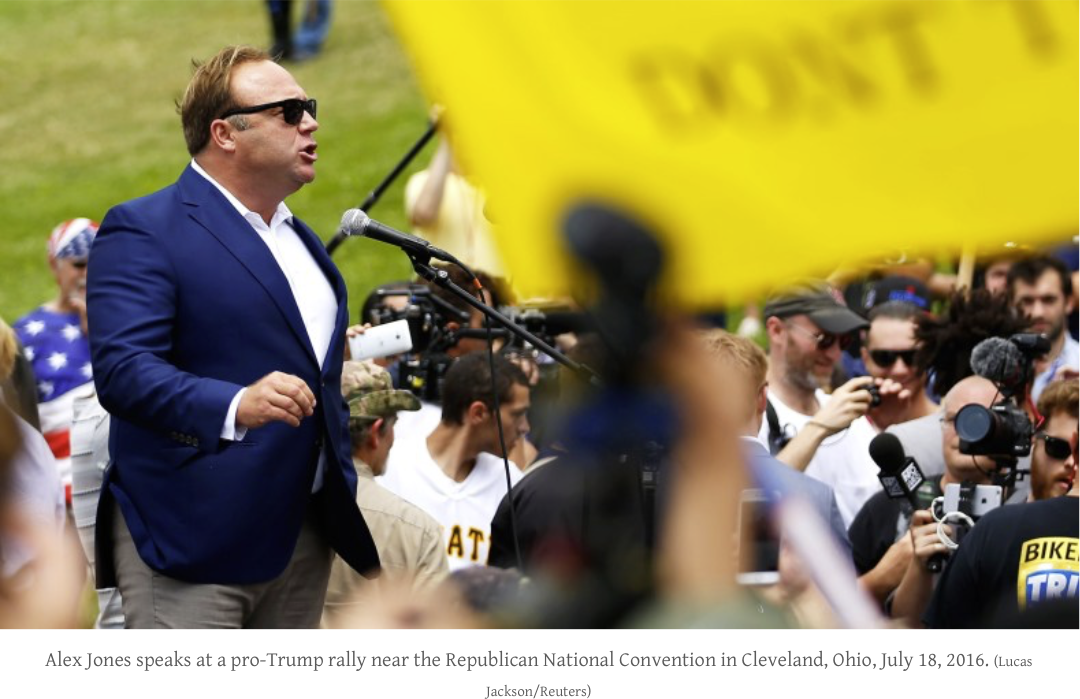 But I’m far more concerned with social-media arbiters suddenly deciding that vague “hate speech” standards ought to govern our common spaces than I am with the daily dose of detritus distributed by this delirious dunce. Social-media giants had a choice here. If they wanted Jones gone, they could simply have defined a standard limit on the number of debunked conspiracy theories one could peddle on the site before being banned, or they could have created a standard prohibiting public threats.

Instead, they chose the most politically correct way of booting Jones: They claimed he’d violated undefined standards regarding “hate.” That’s why so many on the right are rushing to Jones’s defense — not because they like Jones or anything he stands for, but because the Left is happy to apply double standards under the rubric of “anti-hate measures.”
[Read More…]