You know why Giuliani is under so much heat?

He’s in Ukraine doing what he did when he busted up mobsters and criminal enterprises in New York. He’s a former district attorney, a prosecutor, and he’s feeding data back to William Barr and John Durham about the Deep State criminal case they are preparing.

HOW THE BATTLE UNFOLDS NOW

I used to think they design the impeachment hearings to distract us. I’m not sure of that anymore. I think we’re witnessing the gradual spiritual possession of a political party.

Trump is the exorcist.

Here’s what he posted…

Much of the $5.3B in U.S. Aid Ukraine reported as misused was given to the embassy’s favored NGO’s.

At the time, Yovanovitch, a witness for the Witch hunt, was the Ambassador. That embassy directed the police not to investigate.

The Accounts Chamber in Ukraine found an alleged misuse of $5.3B in U.S. funds during the Obama administration while Biden was “Point Man.”

Stay tuned to find out why.”

LANCE: Rudy is being attacked because he is urging an investigation into all his findings. He forecasted what was coming in a bombshell headline nobody saw back in September…”GIULIANI TIES HUNTER BIDEN CONSPIRACY TO OBAMA, SOROS, VOWS TO RELEASE DETAILS DAY-BY-DAY”

Speaking with Fox Business Network’s Maria Bartiromo, Giuliani vowed to continue releasing information he’d allegedly uncovered on a daily basis. “There’s a lot more evidence I’m going to put out. I put one out for today, money laundering. I’ve got a bigger one for tomorrow and the day after,” he said.

Who were those NGOs? Why does Soros name come up? Where has he been involved in Ukraine? What NGO’s of Soros “Open Society Foundation” received money? For what? Hunter Biden’s million does not bother me. (I think John Kerry’s son was a business partner of Hunters, but the news blocked that story fast.) Rich well-connected D.C. elites and their children are no different than other elites in America. Do you think their kids get into Harvard because they are smart or better connected?

What is bothersome to me (and should be to you) is why Joe Biden pulled the prosecutor off the corruption case when his son’s employer was under investigation. What’s up with that? Young Biden was small potatoes compared to that $5.3B Giuliani is talking about. What else was that prosecutor about to expose? And what else did Trump say in that transcript that freaked them out?

The real panic attack is over the President mentioning “CrowdStrike” and the Ukraine corruption connection to the coup that attempted to take him out.

Trump and Giuliani and Durham and Barr are going to pull the pin on a grenade that will even make Chris Cuomo dive under his desk.

Evidence may point to Ukraine and CrowdStrike working together with Brennan’s intelligence service at the CIA to cook up the Russia narrative. This plot to wiretap Trump’s campaign (a Brennan and Clapper caper) while getting a Steele dossier cooked up on the other burner (by intelligence contacts in the U.K.) was needed to set up an innocent young Trump aid (Papadopoulos) to go to jail.

TRUMP CALLS OUT FBI and DOJ

Carter Page had his career destroyed with false information trying to tie him to Russia. When the truth came out, Donald Trump did the unthinkable and exposed the players. He said specifically that the “Department of Justice and FBI misled the courts” so they could do a “surveillance operation” against Trump’s campaign. William Barr, the AG, agrees. And there’s the panic attack.

Impeachment is a desperate effort to distract, disrupt, and destroy the story AG William Barr and John Durham are going to tell even as Rudy is making sure they have all the data they need. Need for what? The need to piece the crime scene together and launch the full government probe.

My question is… how many people (esp. Christians) understand what has happened so far? And how many good lives were ruthlessly destroyed by this lust for power and indifference to deception? Poor Mike Flynn. Will the rogue intelligence community and its agents be exposed? Will Republicans have the courage? Will Brennan forever gloat and Comey grin? Will the cosmic bug zapper meet Clapper?

Do we know what is about to go down? Friend, you and I will need some prayer calls together over this. Agreed? Please comment below. 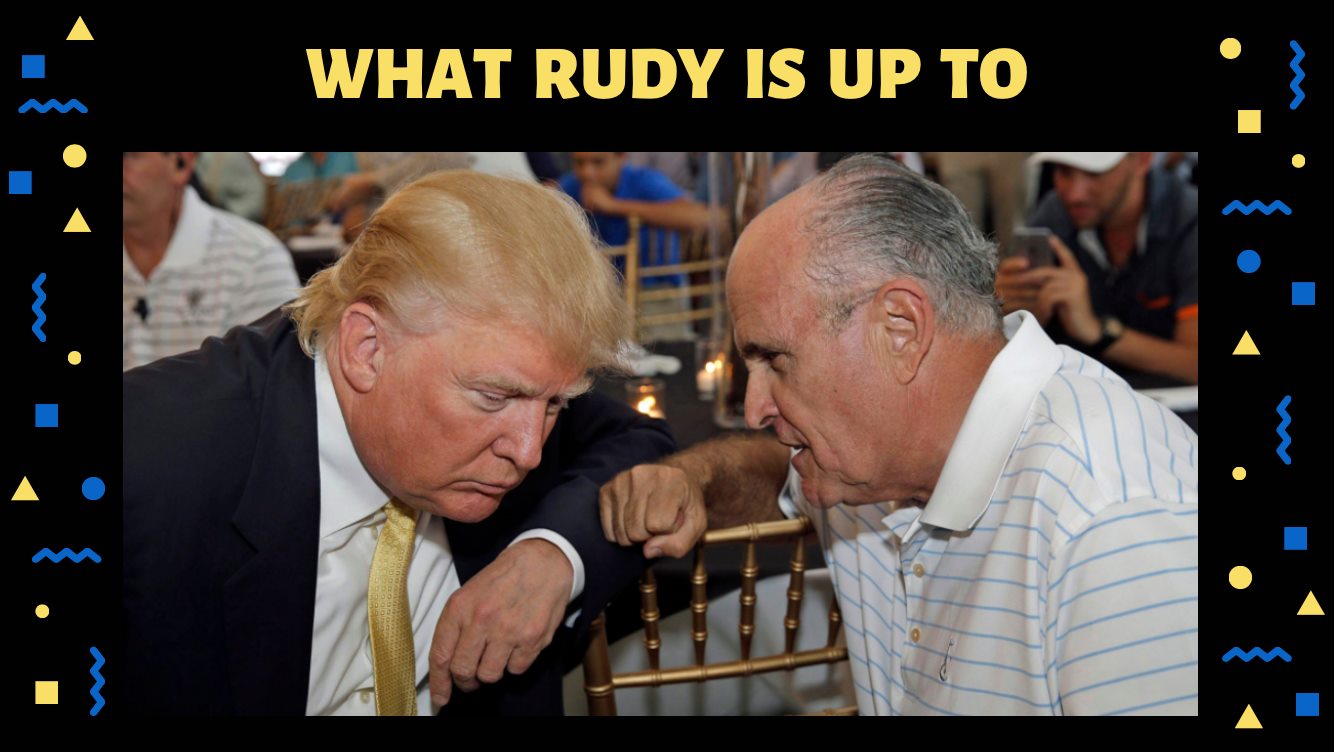 No Comments on "What Rudy Is Up To"