Politico: Alex Isenstadt writer for Politico, paints a Left-leaning picture with his article which describes a very bleak financial situation for the GOP candidates. By comparison, the Democratic Party has received substantial sums backing their candidates for this year’s midterms. 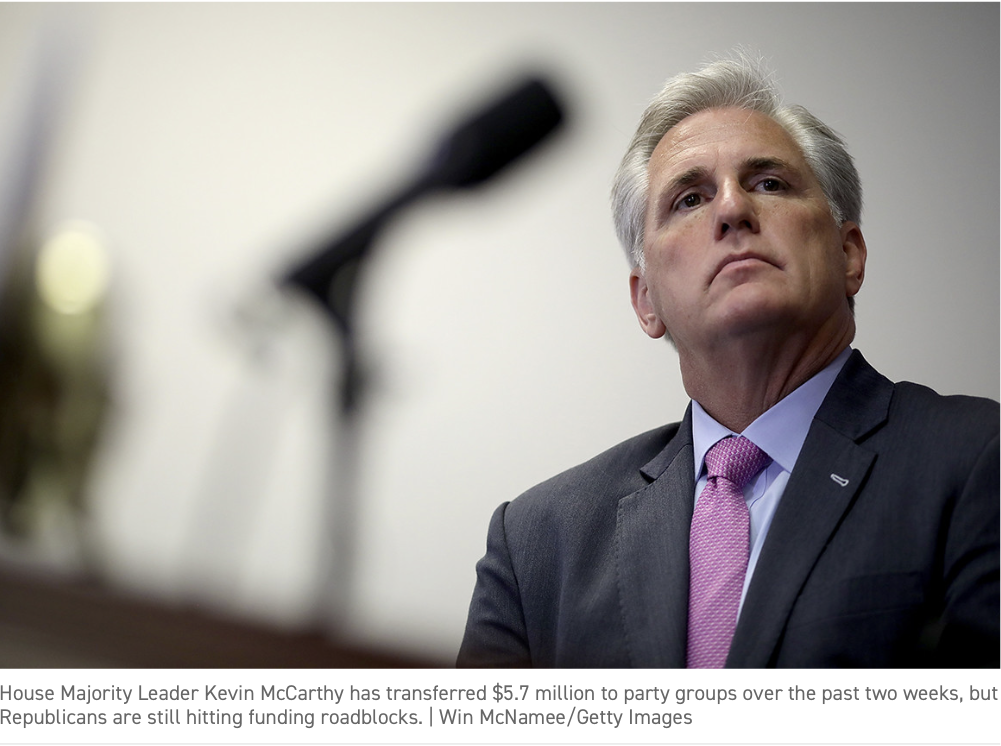 The National Republican Congressional Committee is expected to secure a loan to help the party compete in the final weeks. Party officials declined to divulge the size of the credit line, though in previous election years the committee has received loans of between $10 million and $20 million.

NRCC Chairman Steve Stivers has also reached out to party leaders, including House Majority Leader Kevin McCarthy and Majority Whip Steve Scalise, seeking financial help. McCarthy, who spent part of the week in Texas huddling with donors, has transferred $5.7 million to party groups over the past two weeks.

Source: ‘We’ve Never Seen Anything Like This’: GOP Overwhelmed By Democratic Cash | Politico

No Comments on "‘We’ve Never Seen Anything Like This’: GOP Overwhelmed By Democratic Cash | Politico"