The Democrats have a mere 11 seat majority and lost ground in the Senate. The President wants to work with them, but they are hell-bent on destroying him with investigations.

He warns them today that he has documents that can be revealed. He wisely held his powder till now because NOW is when he needs leverage to push back on another round of unjustified assault.

What’s in the documents? Names and countries allied with what we’ve been calling our “Deep State.” These are Obama and Clinton era Beltway career liberals and RINOS who make a living in the system and view Red State America with mingled contempt and condescension.

It is their Democratic-funded Fusion GPS Russia Dossier and misleading FISA Warrants that enabled them to spy on Trump’s campaign. If the trail leads anywhere, it leads up the chain of command and may implicate the former heads of various Intelligence Agencies and members of the former administration.

This is going to get interesting very quickly. 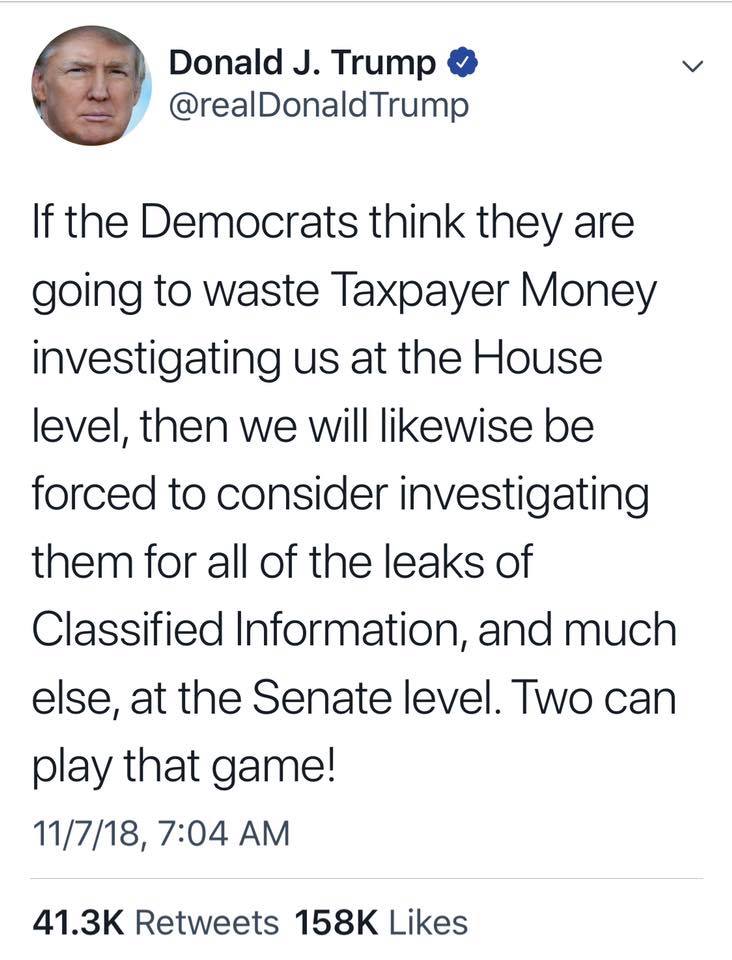 No Comments on "Watch what comes next from the left"