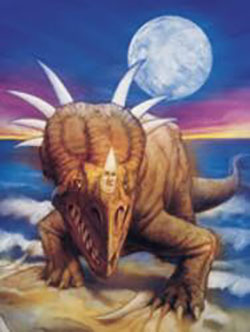 Beginning with Daniel 7:7 we discover the emergence of a new Beast rising with 10 horns. The antiChrist spirit is located in the image of a “little horn” that “SPOKE great and arrogant things” against God, His people and His divine agenda in the earth. This horn eventually makes war with the saints.

AMERICA AND THE SPIRIT OF ANTICHRIST

I am now prophesying that the spirit of AntiChrist is embodied in the lawless Left in American politics and like a virus it is eating up the minds of its inhabitants and opening them up to deceiving spirits that make them a part of its mouthpiece. Late night comedians are no longer comedians, they are the latest version of mad cow disease spreading thru arts, media, academia and leftists politicians and their cadre of paid and on paid activists like ANTIFA.

MEDIA AS THE LITTLE HORN fighting the Trump.

The media’s idea of hard-hitting investigative reporting is to taunt gun-owners and white men.

Making snarky political remarks is Job No. 1 of reporters. Apparently, it’s also the new job description for late-night comics. As long as we’re looking for jobs that Americans just won’t do, maybe we could find some immigrants to tell jokes and report news.

We’re getting a lot of smirky, celebratory headlines, like these:

HOW AMERICA HAS SILENTLY ACCEPTED THE RAGE OF WHITE MEN

THE WHITE PRIVILEGE OF THE “LONE WOLF” SHOOTER

While it’s great that liberals have finally found a mass murder that they don’t think can be defeated with a “Je Suis Charlie” hashtag, they’re either lying or they don’t know what they’re talking about. Blacks and Hispanics are extremely well-represented as perpetrators of mass shootings, Muslims are over-represented, and surprisingly, even the usually law-abiding Asians more than hold their own.

Typical Reporter: Yeah, we decided not to go with the mass shootings at the Tennessee church, the Washington Navy Yard, San Bernardino, the Pulse nightclub, Fort Hood, the LIRR, the Carson City IHOP, the Trolley Square Shopping Mall, the Windy City Core Supply warehouse, Virginia Tech, the Binghamton Civic Center, the Hartford Distributors, the hunting tract in Wisconsin, the Appalachian School of Law … and on and on and on.

And those are just a few of the famous ones! It’s hard to notice what’s not there, so it’s especially annoying that the journalist’s method of illustrating mass murderers is to assemble pictures of all the mass shooters, but then only show the white guys.

There was one characteristic of white men in abundant evidence at the Las Vegas massacre. They’re awfully chivalrous, these white male country music fans. Twenty-two thousand people came under sustained, high-powered gunfire and few people, if any, were stomped to death — something you can’t say for a Black Friday sale at a Long Island mall.

At the Las Vegas concert, men died protecting women, using their bodies as shields and standing up in the middle of gunfire to direct the women to safety. The New York Post reports that one woman said she “was running away and a couple of guys said, ‘Hey, come stand behind us,’ and boom, they went down.” Heather Melton has described how she felt her husband, Sonny, being shot in the back, fatally, as he shielded her from the rain of bullets.

Without many facts to go on, the only sweeping conclusion we can make so far is that there’s a reason feminism didn’t emerge from the country music community.