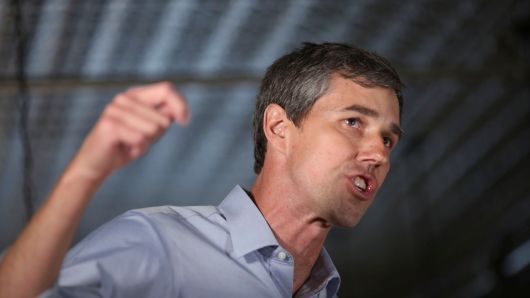 Presidential contender and failed U.S. Senate candidate Robert “Beto” O’Rourke (D-TX) is seen on video disparaging the Catholic Church during his time as an El Paso City Councilman in 2011.

The video begins with O’Rourke demeaning a Catholic Priest about the “moral failings of the church you represent, especially as you try to take the moral high-ground in this debate”.

The debate began over a council vote on same-sex marriage benefits which Father Rodriguez urged them to vote down in accordance with traditional teachings.

O’Rourke says, “Luckily, I don’t need your approval to move forward. I want to know why this, for you, has become the burning issue of the day… I can think of two obvious cases where the church has failed on a global level.”

He continues by alleging that the Pope went to Africa and discouraged people from using condoms before revisiting child-abuse allegations.

A member of the community, Rachel Quintana courageously came to the priest’s defense at the next meeting, saying:

“I am here not to chastise you for your obvious lack of civility and decorum nor address your permissiveness in allowing certain councilmen to personalize their attacks on certain speakers at this podium… Mr. O’Rourke, you stated at last week’s public hearings that you want to be remembered for decades for the decisions you made at city council. You will be remembered sir, for many things. Last week, you wrongfully and disrespectfully attacked Father Michael Rodriguez and the moral failings of the Catholic Church–“

Before finishing, the speaker is interrupted by Mayor John Cook:

“–Thank you, your time is over. If you can’t remove yourself from the podium, I’ll have you removed.”

She is assumed to have verbalized her disagreement to which the Mayor responded:

“Right, well, you can take your freedom of speech outside.”

This blast from the past calls into question whether Beto O’Rourke is fit to serve Texas and its largest religious body of nearly 5 million Catholic Texans in the US Senate. He will face off against Senator Ted Cruz (R-TX) in the November General Election.

This blast from the past calls into question whether Beto O’Rourke is fit to serve as President of the United States’ with our largest religious body of more than 70 million American Catholics.

It Looks Like Hillary Clinton Is Running for President (AGAIN)

Since her 2016 defeat by Donald Trump, supporters and critics alike have speculated as to...More

Beto O'Rourke wants to punish your church if it dares to disagree with his liberal...More