A report from an investigation Reuters conducted on Chinese telecommunications company ZTE, just came out. Their report provides details about how ZTE has been helping Venezuela create a high-tech surveillance system. China exports many services, but this type of high-tech tool for monitoring and tracking individual behavior has critics saying this enables countries to aid in authoritarianism and oppression. 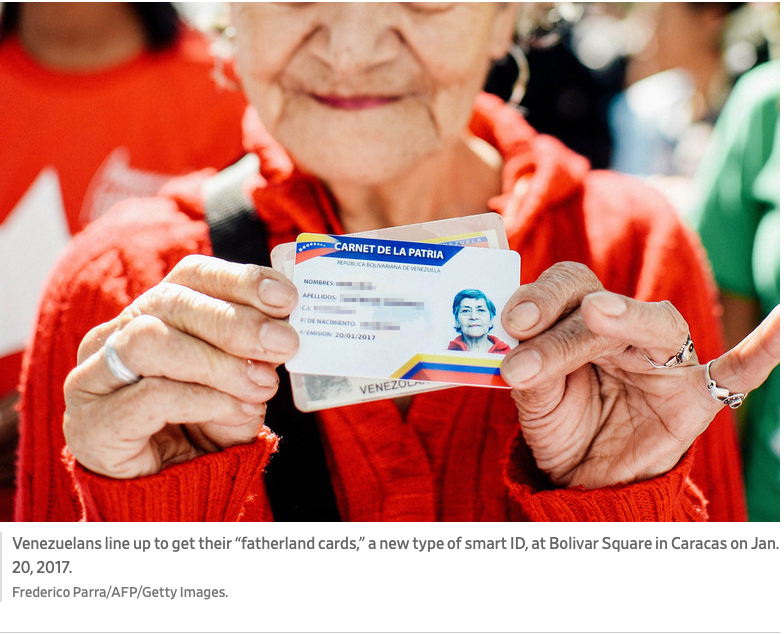 As Daniel Benaim and Hollie Russon Gilman explained in a Future Tense piece in August, other governments, too, have reportedly been working with Chinese firms to develop high-tech programs to collect data on their citizens: building a large-scale facial recognition project in Zimbabwe, equipping law enforcement officers with body-worn cameras with A.I.-powered facial-recognition technology in Malaysia, and constructing a highly surveilled smart city in Egypt.

Though most of these projects involve Chinese corporations doing business that bolsters these autocratic regimes, their connections to the Chinese government can’t be ignored. Take ZTE, the telecom company behind Venezuela’s fatherland cards. Though technically a publicly traded company, it, like other China-based enterprises, has significant ties to the regime. As Reuters points out, “a Chinese state company is its largest shareholder and the government is a key client.” In the U.S., ZTE has also stirred controversy for violating sanctions and export laws by selling technology to North Korea and Iran—and racked up heavy fines and penalties for doing so.

Source: Venezuela Shows Us How China Is Starting To Export Its Authoritarian Surveillance Tech | Slate