A vital summit, the sixth, between Greece, Israel, and Cyprus, begins today in Jerusalem. The purpose of the summit for the three countries will focus on energy sources in the eastern portion of the Mediterranean and will also include participation from the State Department of the United States. 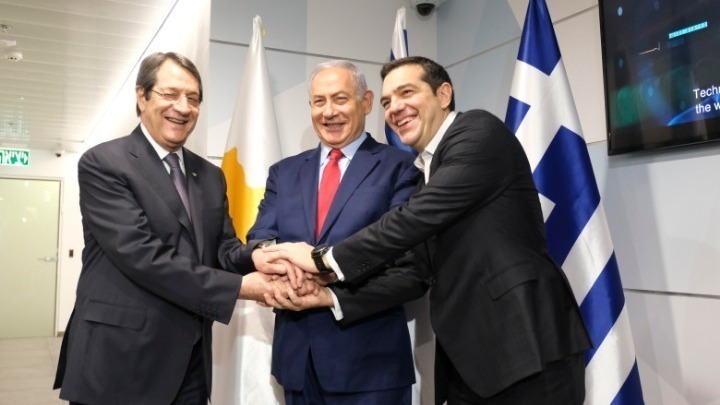 During their December Summit, the leaders of Cyprus, Greece and Israel had pledged readiness to proceed with an interstate agreement concerning the EastMed pipeline. The United States had also expressed support for the project, through its Ambassador to Israel, David Friedman.

Last week, the State Department praised the Eastern Med project in “moving forward” in exploring and exploiting offshore resources “for the benefit of the people of Greece, Cyprus, Turkey, Egypt and Israel.”

According to Greek government sources, Greek PM Tsipras will emphasize that the safe transfer of energy resources to the European Union is one of the main pillars of Greek foreign policy.