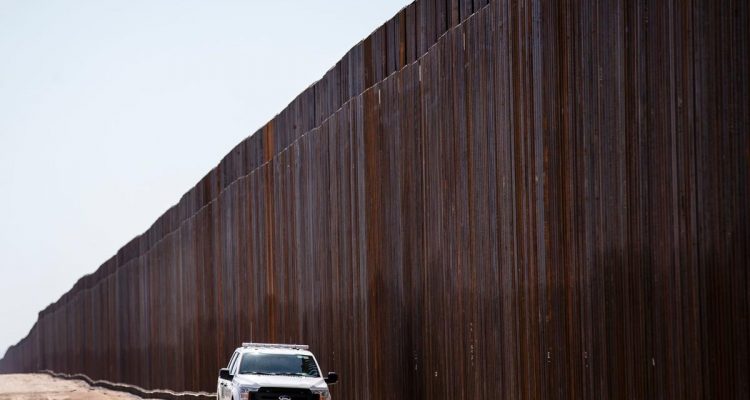 Military officials at the Pentagon announced last week that nearly $4 billion in funds intended for dozens of military projects will be redirected toward the construction of the US-Mexico border wall.

Democrat lawmakers are livid, especially at the $400 million diverted from hurricane-stricken Puerto Rico. US Rep. Darren Soto (D-FL) said, “he is willing to put national security in jeopardy, hurt our troops and derail disaster recovery, to fund his ineffective, medieval border wall.”

Just weeks ago, President Trump promised a 5% tariff would be imposed if serious action is not taken to help secure the US-Mexico border.

Corroborating that number is the fact that US Border Patrol detained less than 64,000 immigrants in August, down from nearly 150,000 in July.

The news prompted the following statement which President Trump shared via social media,

“In 22 years of patrolling our Southern Border, I have never seen Mexico act like a true Border Security Partner until President Trump got involved, and now they are stepping up to the plate and doing what they need to do.” Brandon Judd, National Border Patrol

“This reduction of 56% in the flow of migrants is a result of diverse measures that the government has taken, in compliance with the Mexican migration law.”

Minister Ebrard concluded that he “does not expect a tariff threat” from President Trump thanks to the Mexican government’s actions in recent weeks.

“The U.S. has seen a 56% reduction in border apprehensions since May. Mexico is doing a far better job than the Democrats on securing the Southern Border. The Wall is also being built RAPIDLY!”

No Comments on "US Military Redirects Billions For Wall, Mexico Cuts Illegal Crossings By Half"