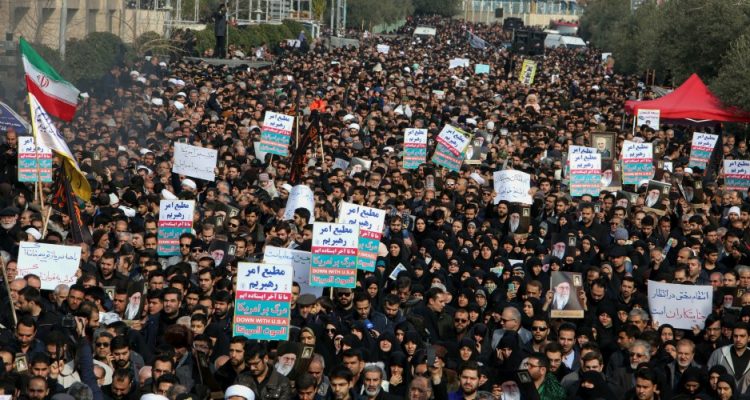 President Trump spent the weekend urging the Iranian regime not to kill protestors after demonstrations over the shooting down of a commercial jet by the country’s military. Ukraine Airlines Flight 752 was inadvertently shot down when the regime fired rockets into Iran as retaliation for the killing of their general Qasem Soleimani. All 176 passengers and crew were killed in the resulting crash.

Initially, the Iranian government flatly denied that they had anything to do with the downing of the jet, citing mechanical issues as the cause of the crash. American, Canadian and British officials all stated that they believed the flight had been shot down but it wasn’t until the 11th of January that the Islamic Revolutionary Guard Corps admitted that they shot it down after mis-identifying it as a U.S. cruise missile.

Once this admission was made, there was a great deal of public anger, as most of those onboard were Iranian citizens. Despite the fact that an estimated 1500 peaceful protesters were gunned down by Soleimani’s Islamic Revolutionary Guard during the later part of 2019, protestors started to flood the streets demonstrating for the lives lost. Authorities used teargas in Tehran to break up the protests but the demonstrations quickly spread to other cities.

“They tell us the lie that it is America, but our enemy is right here,” a crowd shouted at Tehran’s Shahid Beheshti University, and compared the Revolutionary Guards and their paramilitary allies to Islamic State. “You’re our Isis,” they said. Several protestors were filmed shouting “death to the dictator” in reference to Supreme Leader Ayatollah Khamenei.

A video from Tehran showed a trail of blood on the street, with a male voice heard to say “I saw seven people shot, there was blood everywhere,” although the footage is unverified, it could signal another very dark turn for the regime. So much so, that President Trump tweeted about the situation.

The government of Iran must allow human rights groups to monitor and report facts from the ground on the ongoing protests by the Iranian people. There can not be another massacre of peaceful protesters, nor an internet shutdown. The world is watching.

No Comments on "Pres. Trump Urges Calm Amid Protests for Ukraine Airlines Flight 752"