The Jerusalem Post: Nikki Haley objected recently at a UN event regarding Palestine stating that the United States does not recognize them as a state or even as a member state of the UN. Her comments came after the UNGA had placed the Palestine Authority at the head of 134 member states. Palestine currently is not a member state yet the UN has granted them rights as though they are. 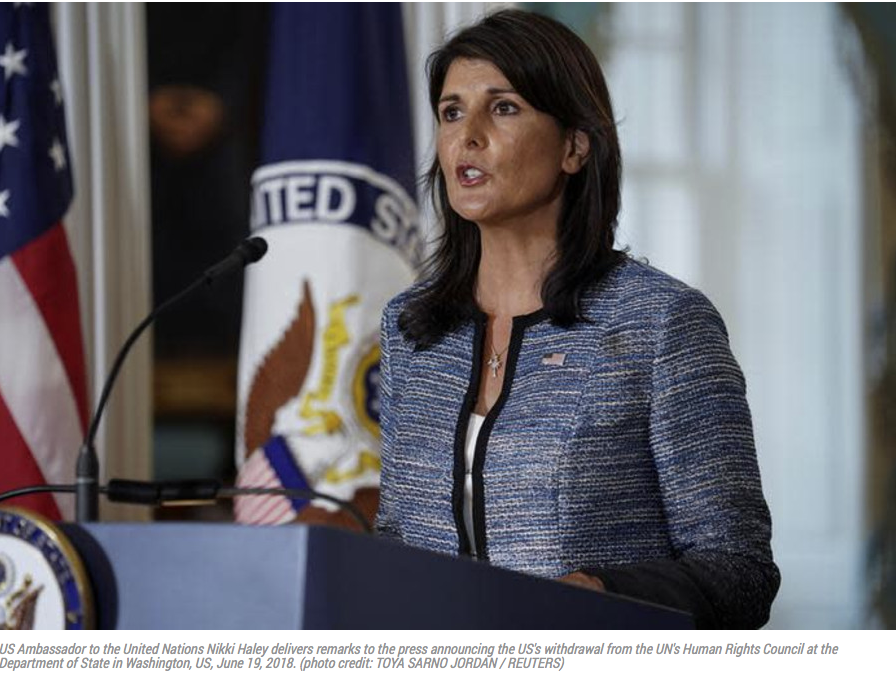 Cohen spoke against Palestinian attempts to unilaterally gain statehood recognition at the UN, including through its quest to chair the G77.

“The United States has long opposed enhancements of Palestinian status at the United Nations. We voted against the General Assembly’s resolution designating the Palestinian delegation as a non-member Observer State. We have consistently and formally objected to Palestinian accession to treaties to which we are a party. That is because, as we said, the United States does not recognize that there is a Palestinian state, and we do not consider ourselves to be in a treaty relationship with the “State of Palestine,” Cohen said.

Source: U.S. Envoy Haley: Palestine Is Not Any State At All | The Jerusalem Post

No Comments on "U.S. ENVOY HALEY: PALESTINE IS NOT ANY STATE AT ALL | The Jerusalem Post"