CBS News: New developments regarding Pastor Andrew Brunson who has been on trial in Turkey for alleged terror and espionage charges. He is being allowed to leave jail and will instead be under house arrest as his trial continues. He has been in custody since December 2016. 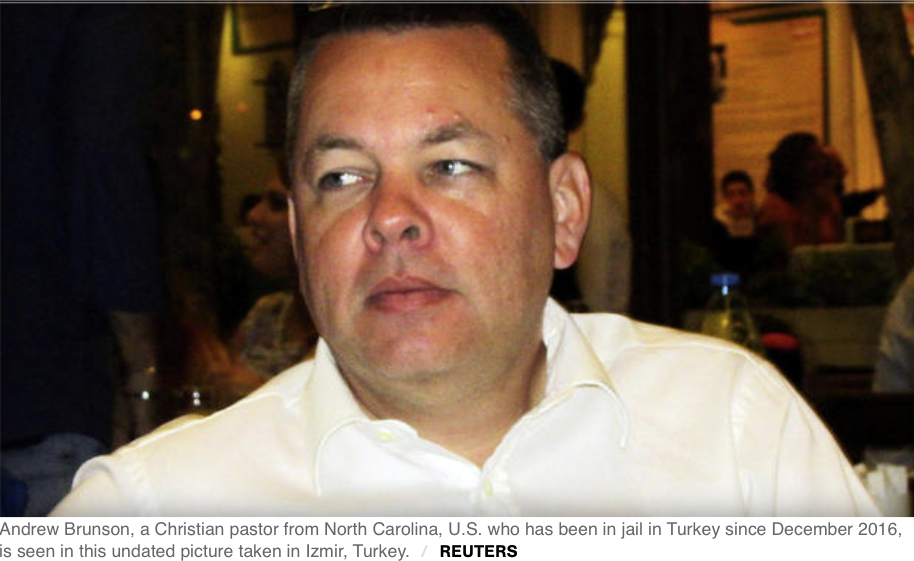 It was not clear when he would be transferred, but his lawyer Ismail Cem Halavurt confirmed to CBS News that the decision was made to move Brunson to house arrest. Brunson’s family was “elated” by the news and they were at the prison waiting for his release, according to Halavurt. If convicted, he faces up to 15 years in prison for “committing crimes on behalf of terror groups without being a member,” in reference to outlawed Kurdish militants and the network of a U.S-based Muslim cleric blamed for a failed coup attempt, as well as an additional 20 years for espionage.

The word "terrorism" is used by Turkey's officials and politicians when describing their political enemies...More

No Comments on "Turkey To Transfer U.S. Pastor From Jail To House Arrest | CBS News"