Turkey’s finance minister (and son-in-law of President Erdogan) Berat Albayrak recently announced that they would be sending a drill ship to an area belonging to Cyprus. The purpose which is to gain access to the natural gas resources in the area, comes across as exploitive. 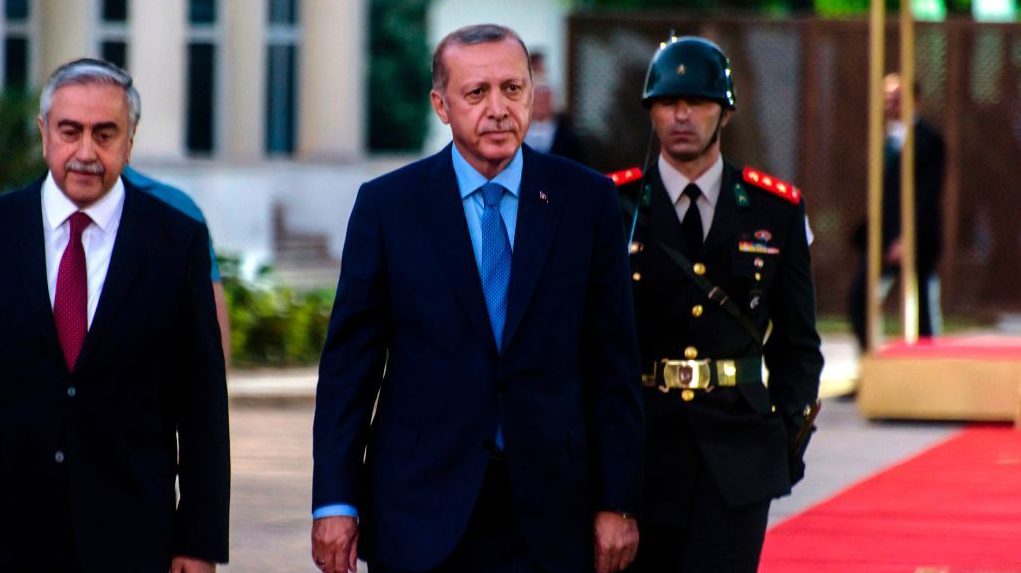 Turkish-Cypriot President Mustafa Akinci (L) walks alongside Turkish President Recep Tayyip Erdogan (C) in the northern part of Nicosia in the self-proclaimed Turkish Republic of Northern Cyprus (TRNC), which is only recognised by Turkey, during a welcome ceremony on July 10, 2018. – Erdogan is to attend the opening ceremony of a 3,000-capacity Turkey-funded mosque, built with four minaret in classic Ottoman style. (Photo by Iakovos Hatzistavrou / AFP) (Photo credit should read IAKOVOS HATZISTAVROU/AFP/Getty Images)

This time is far more dangerous, however, because there are signs Turkey might be ready to escalate its confrontation beyond mere rhetoric. Albayrak’s announcement came a day before Turkey held Sea Wolf, its largest annual naval exercise in the Aegean and Eastern Mediterranean. Then, on May 15, Turkish Foreign Minister Mevlut Cavusoglu reiterated the country’s intention to buy the S-400 missile system from Russia. And throughout this period, Turkish jets have been violating Greek airspace almost daily.

Source: Turkey Is Hungry For War With Cyprus | Foreign Policy

No Comments on "Turkey Is Hungry For War With Cyprus"