FOX News: Tucker Carlson gives the GOP some advice and explained the downside to their strategy. He then challenged them to rather than attacking Hillary, to focus instead on the Democratic policies explaining how some are not only insane, they are dangerous. 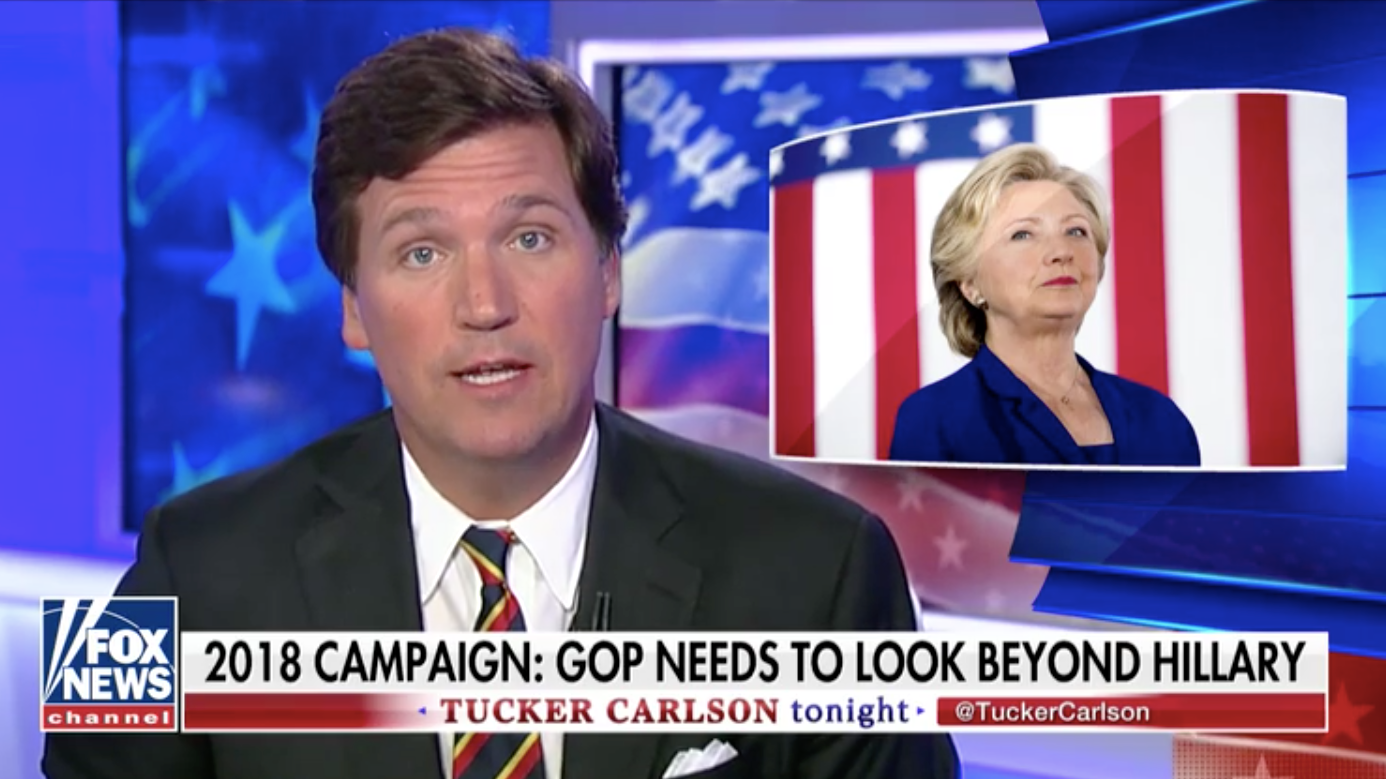 According to a recent report, attacking Clinton will be a big part of the Republican Party’s midterm strategy, even though the former presidential candidate and secretary of state last served in the government in 2013. “Instead of telling voters what they would do with another two years in office, they’ve decided to run once again against Hillary Clinton,” Carlson said. “It worked last time. The idea is that it will work again.”

No Comments on "Tucker’s Advice to GOP for Midterms: Focus on ‘Insane’ Dem Policies, Not Hillary | FOX News"