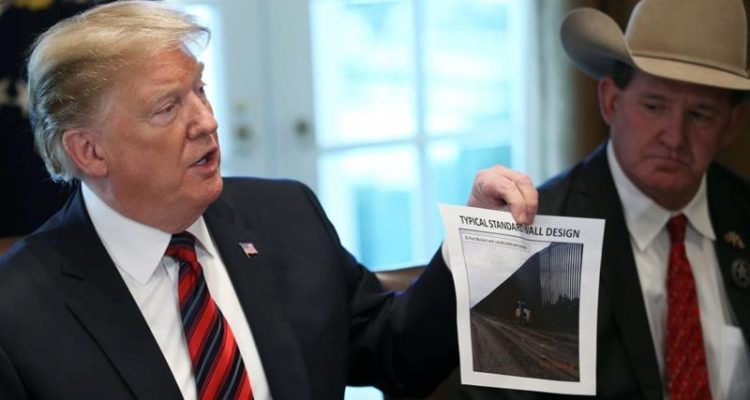 President Trump is clearly operating within the authority given to him under the National Emergencies Act of 1976.

The liberals in Washington love to act like they care about the Constitution when it fits their agenda, don’t they?

The authority being exercised by the White House is a relatively young, half-century-old power delegated to the Executive branch by Congress, which is within its right to do.

The actions by President Trump are not unconstitutional because there is nothing in the constitution prohibiting Congress from delegating emergency powers to the President especially when it comes to a basic function like securing the borders. Fulfilling that fundamental duty is a world away from Obama going far beyond enumerated powers to unilaterally change immigration law.

For that simple reason and many more, President Obama was struck down by the Supreme Court and President Trump will surely be vindicated.

For those calling it an expansion of executive power, it is simply the continuation of nearly five decades of executive emergency powers.

Be that as it may, it is true that our founding fathers were concerned about too much power in the Executive Branch. They intended the House of Representatives to be the strongest, giving the chamber the power of the purse, the power to impeach, and the power to declare war. It maintains the nickname “The People’s House” because it is believed to be closest to the people due to each member requiring re-election every two years, when they can be held accountable.

While I am happy with the outcome, I lean toward the anti-federalist thought process that power is best left to “the people’s house”.

BUT — Mitch McConnell and Senate Republicans should have done their job and implemented the “nuclear option” so that the wall could have been approved by a simple majority THE SAME WAY Obamacare was forced to passage without a single Republican vote.

By their inaction, they forced President Trump to use a power of last resort that has been delegated to him by Congress.

That being said, I support Congress rightfully reclaiming their emergency powers as long as they also reclaim their war powers and manhood while they’re at it… but let’s wait until the next Congress.

Since 1976, 59 emergencies have been declared and more than 30 are currently active.

No Comments on "Trump’s National Emergency NOT Unconstitutional"