The Jerusalem Post: Mike Evans who wrote this article, also serves on the Trump Evangelical Faith Initiative. He shared essential insights regarding Iran’s leaders, including the previous President Mahmoud Ahmadinejad, as well as Iran’s activity in the Middle East.  President Trump’s response to the current President of Iran, Rouhani’s veiled threat is quite possibly the strongest ever made. 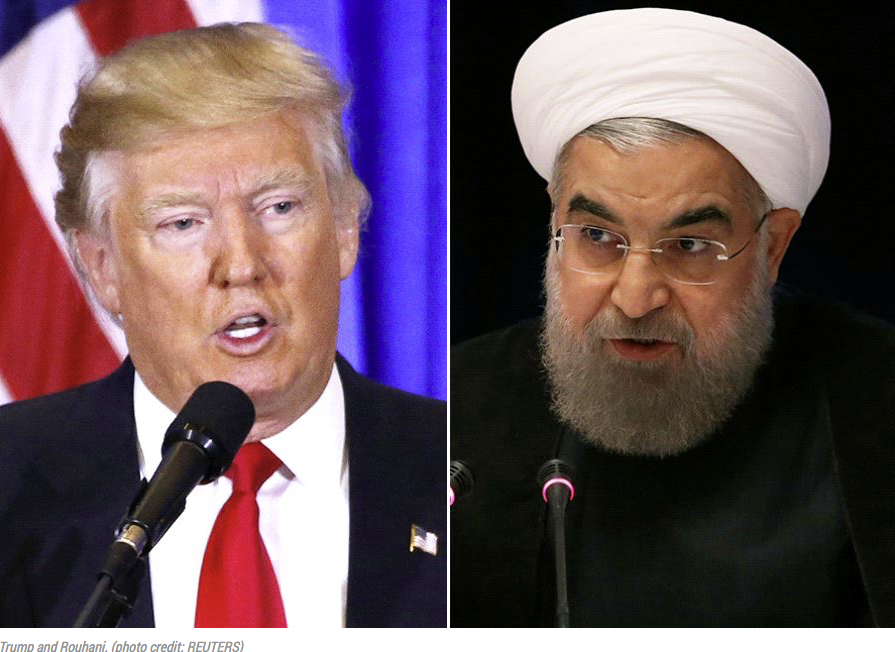 When Hassan Rouhani was selected to follow hard-liner president Mahmoud Ahmadinejad as Iran’s new leader, he was thought to be a more moderate candidate. In truth, for 35 years Rouhani had served as an unswervingly loyal Islamic cleric and a close aide to the Ayatollah Khamenei. Rouhani was only one of six presidential candidates. After an incredible 678 candidates had been disqualified by the regime as being ideologically unsound, Rouhani was the final choice. Under the continued leadership of Grand Ayatollah Ali Khamenei and Rouhani, Iran now exerts domination over a number of proxies: Iraq, Syria, Lebanon, Gaza, Yemen, and Afghanistan. Iran has Revolutionary Guards stationed in Syria and Yemen. Iran is said to be shipping weapons and military advisers either directly to Yemen or through Somalia. And it has long been known that Iran funds both Hamas and Hezbollah, two terror organizations that sit in close proximity to Israel. The Shia nation has quickly become this decade’s version of al-Qaeda.

No Comments on "TRUMP WARNS IRAN | The Jerusalem Post"