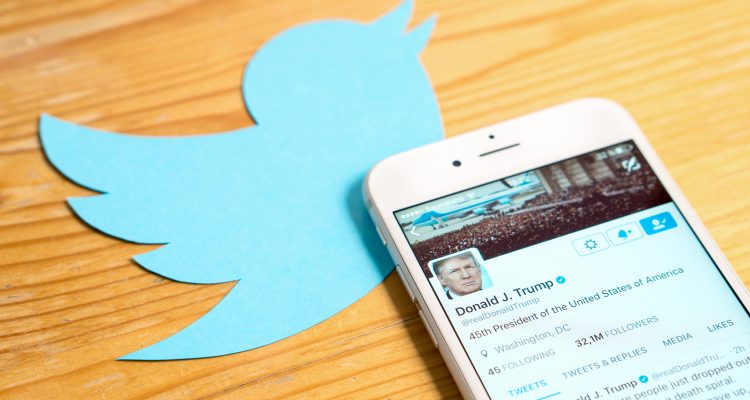 Well, if this doesn’t beat all, Babylon Bee has triggered Snopes, a known liberal, fact-check site once again. Snopes, in response to a tweet posted by President Trump, emailed the White House regarding a link to a Babylon Bee story!

So this isn’t the first time Babylon Bee, a fantastic satire site, has been fact-checked by Snopes. But before I get ahead of myself, this story is connected to a related article I came across earlier today that I found rather amusing: “Snopes contacts White House after Trump retweets Babylon Bee story,” written by Adam Ford.

How this all came about and the connection…

While preparing for work this morning, which includes finding and writing news-worthy content for our site, 7mU, I came across Adam Ford’s article posted by a friend on my social media. But I have to be honest, due to its title I had to read it not just once, I had to re-read it several times. Then I went on a hunt myself to research whether this article I was reading was satire or not!

What I found out…

The article was published late Wednesday afternoon by Ford, a writer and part-owner of a conservative news site, DISRN. I wasn’t familiar with his site, so I checked to find anything to tell me whether they were writers of satire like the Babylon Bee. After taking a look I was able to determine that DISRN was NOT in fact, a satire site, although it was clear to me, Ford has a great sense of humor.

The story behind the article and the website DISRN…

President Trump retweeted a link to one of Babylon Bee’s articles, initially tweeted by Jenna Ellis. In response to his retweet, one of Snopes’ fact-checkers, Dan Evon, sees the article and for whatever the reason becomes concerned and emails the White House. In his email, which Adams includes a portion of in his article, Evon asks why the tweet was not “accompanied by a message labeling the quote as fiction.” The tweet clearly refers to the satirical nature of the story, prefacing the link with “The Bee mocking the Dems.” 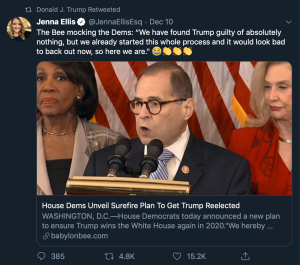 After Snopes contacted the White House to fact-check President Trump’s retweet, Adam Ford gets involved, and the ensuing article is published on the DISRN site and is what prompted me to look into all of the above.

Fun-fact: The Babylon Bee is owned in part by Adam Ford, and he is also Co-founder and CEO of DISRN.

In light of what is going on in our country, with the impeachment debacle being heralded by the looney-left, media religiously pumping out the same lies, and the circus that the Democrat leaders continue to demonstrate, sometimes a reminder to not get swept up into the demonic hysteria the Left is ruled by, is not only necessary, it is Biblical. Don’t forget how Psalm 2 describes the Lord laughing at his enemies!