The Blaze: President Trump and First Lady Melania invited a group of evangelical leaders from across the nation for dinner. At that dinner he let them know of the seriousness of the upcoming midterm votes and the cost of losing that election which could have very a very serious impact, to the point of losing everything gained since November 2016. 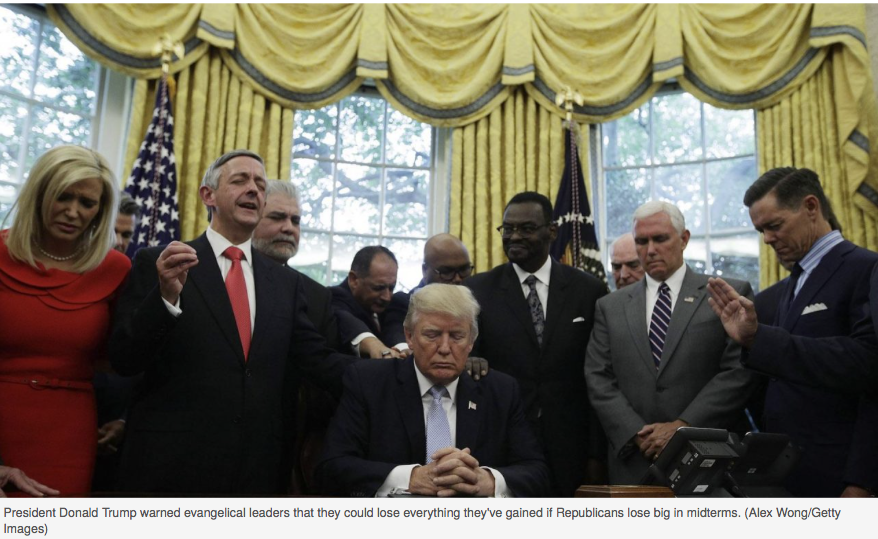 “It’s not a question of like or dislike, it’s a question that they will overturn everything that we’ve done and they will do it quickly and violently,” Trump said. “And violently. There is violence. The level of hatred, the level of anger is very unbelievable.” Trump was imploring the evangelical audience to vote and campaign on behalf of Republican candidates leading into midterms, saying that if Democrats gain more influence in Congress they will reverse the progress that has been made.