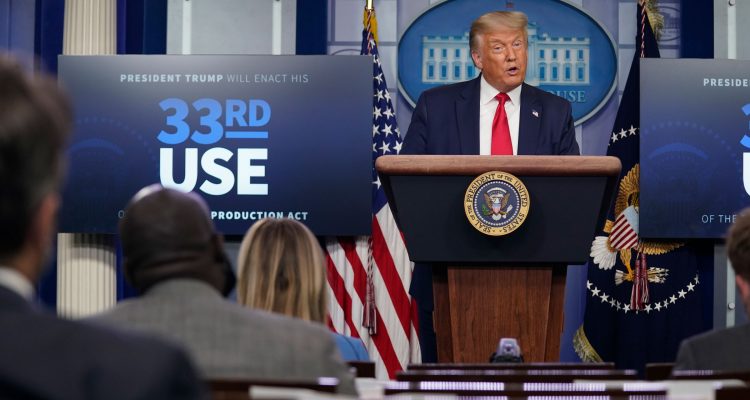 Press Secretary Kaleigh McEnany announced that, at the president’s direction, the U.S. Department of Commerce filed a petition requesting that the Federal Communications Commission (FCC) clarify that social media companies can be sued under existing law.

More specifically, the petition declares that the 1996 Communications Decency Act “does not permit social media companies that alter or editorialize users’ speech to escape civil liability.”

Additionally, President Trump invoked the Defense Production Act to repurpose struggling photography company Kodak into an American pharmaceutical company. The White House is providing them with a $765 million loan to facilitate the transition.

The development comes at a time when tensions continue to rise between the United States and China, incentivizing Washington to find a new source for pharmaceuticals as much of the world has come to depend on China for manufacturing.

On that same issue, President Trump also issued an executive order entitled “Lowering Prices for Patients by Eliminating Kickbacks to Middlemen” that outlines several reforms, any one of which is the boldest action taken by any president on the issue of lowering drug costs.

Soon after issuing this particular order, Trump tweeted about the backlash:

“The drug companies are spending millions of dollars in advertising against me, only because I am lowering drug prices massively, 50% and more! Biden and Obama said they would do this for eight years, but never did…

…With Biden, drug prices will quadruple! After many years, the game is finally up for Big Pharma, and they’re NOT HAPPY about it! Please understand that when you see their negative ads!”