During President Trump’s announcement of the national emergency on the southern border, he scolded Jim Acosta. The scolding came as CNN’s Jim Acosta challenged Trump over what he described as a “disconnect” concerning his description of illegal immigration. 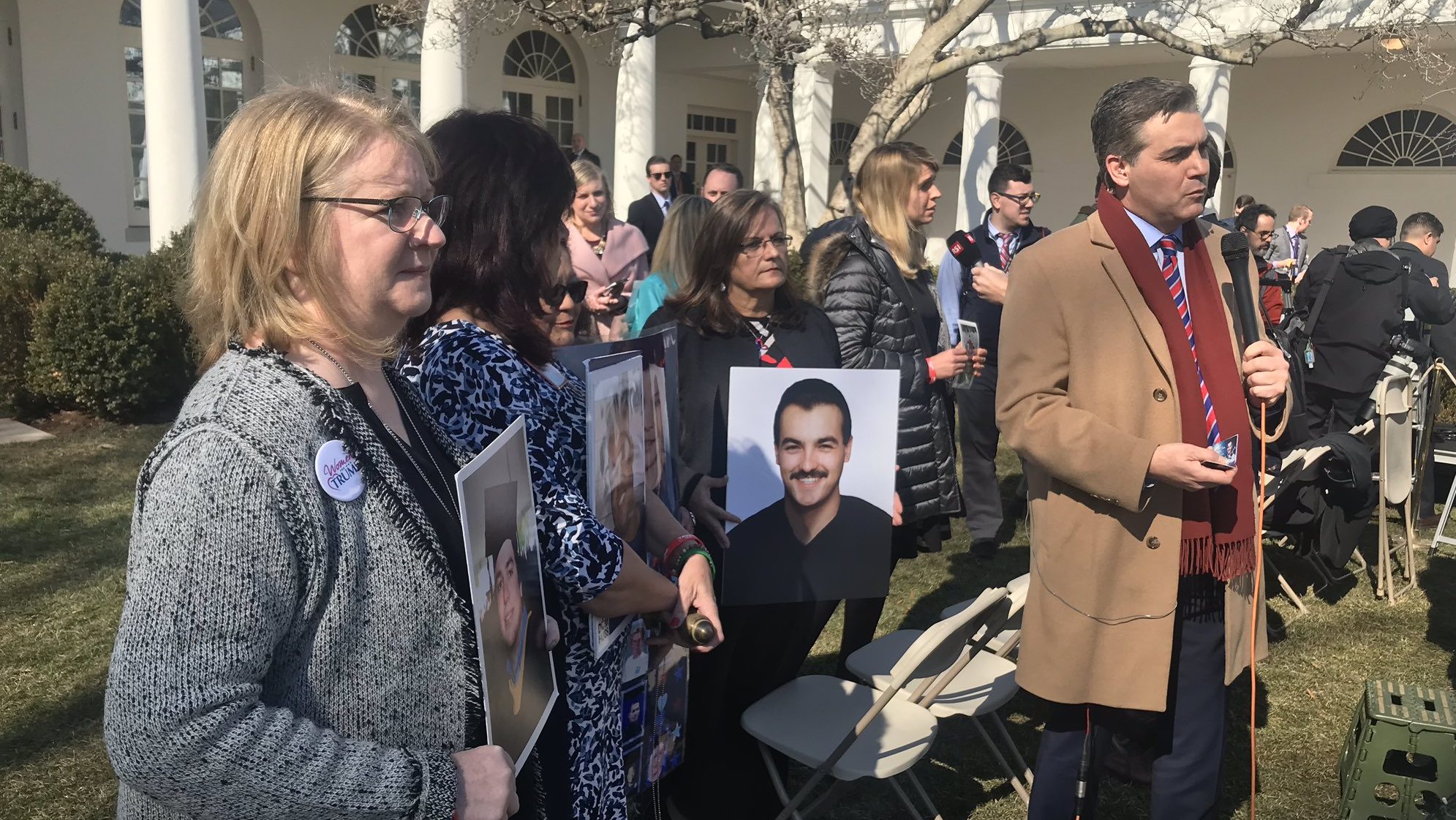 “There is no attempt whatsoever to diminish what they’ve gone through, or take away what they’ve gone through, but as you heard in that question that I had with the president … it was really about the facts and the data,” Acosta said on CNN following his exchange with Trump. “Some of these folks came up to me right after this press conference … they’re holding up these pictures of loved ones who lost their lives.”

An angel mom then discussed that a previously deported illegal alien murdered her son.

“President Trump is completely correct on this issue, we need to protect this country,” the angel mom told Acosta.

No Comments on "Trump scolds CNN’s Jim Acosta, as angel moms confront reporter in Rose Garden: ‘You have an agenda’"