Fox News: The recent disappearance of Washington Post journalist and activist Jamal Khashoggi, has some speculating that the leadership in Saudi Arabia are involved. Saudi Crown Prince Mohammed Bin Salman who spoke with President Trump stated his denial of any connection or knowledge, regarding the journalist’s disappearance. Secretary of State Mike Pompeo is expected to fly to Turkey this week to meet with Turkish officials regarding the case. 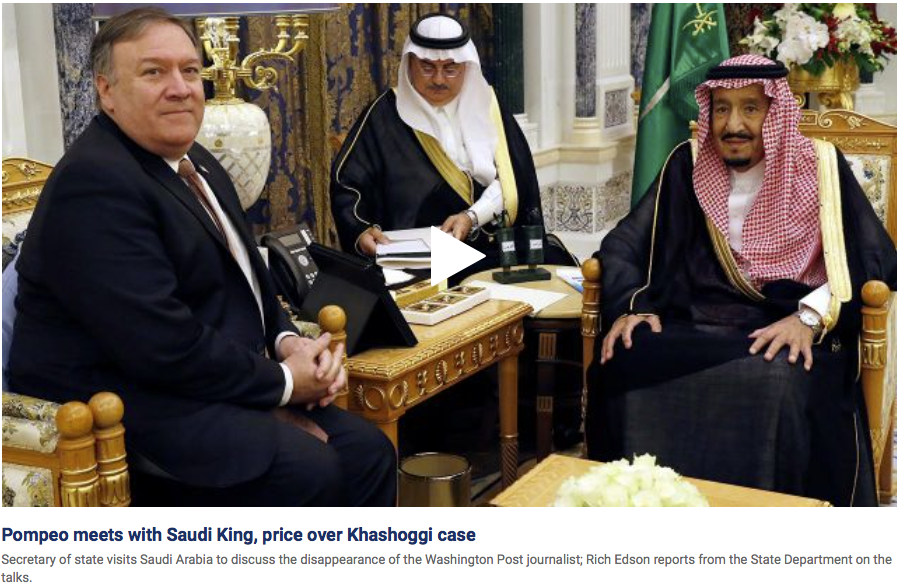 Back home, lawmakers were pointing fingers at the crown prince. Sen. Lindsey Graham said on Fox News that he wants to see bin Salman forced out of his position.

“This guy has got to go,” Graham, R-S.C., said on “Fox and Friends.” “Saudi Arabia, if you’re listening: There are a lot of good people you can choose, but MBS has tainted your country and tainted himself.” He added, “The MBS figure is, to me, toxic. He can never be a world leader on the world stage.”