FOX News: A rise of events has begun with the left targeting Trump officials and his administration. From being asked to leave restaurants, being harassed at restaurants, protests gathering outside homes and Maxine Waters calling for more, this has created concerns for their safety. 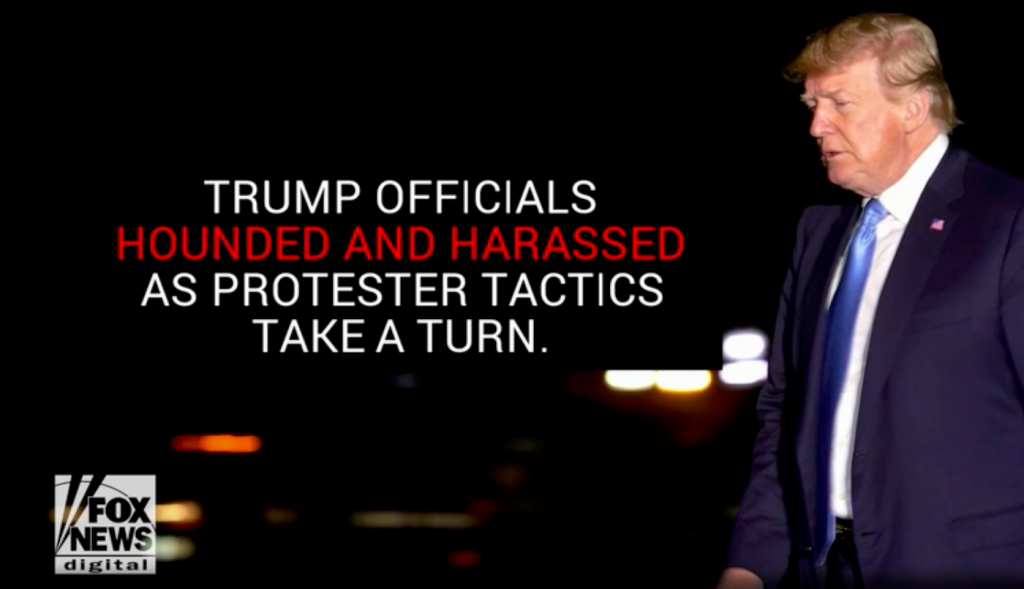 Earlier last week, Homeland Security Secretary Kirstjen Nielsen had to cut short a working dinner at a Mexican restaurant in Washington after protesters shouted, “Shame!” until she left. And on Friday – the same day Sanders’ was asked to leave the Red Hen restaurant in Lexington, Va. – protesters gathered outside Nielsen’s Virginia townhouse, chanting “no justice, no sleep” and playing recordings of immigrant children crying.

Stephen Miller, the controversial White House adviser, was also accosted last week when he tried to dine at an upscale Mexican eatery in Washington.

“Hey look guys, whoever thought we’d be in a restaurant with a real-life fascist begging [for] money for new cages?” one customer allegedly yelled upon seeing Miller, before the Trump staffer scurried away, according to the New York Post.