VALIENTES DE DAVID: This article brings yet more insight to this week’s meeting with President Trump and Kim Jong Un in Singapore. This brings additional discernment to the timing of this meeting as well as background regarding North Korea’s current capital, Pyongyang as well as prayer points to take note of. 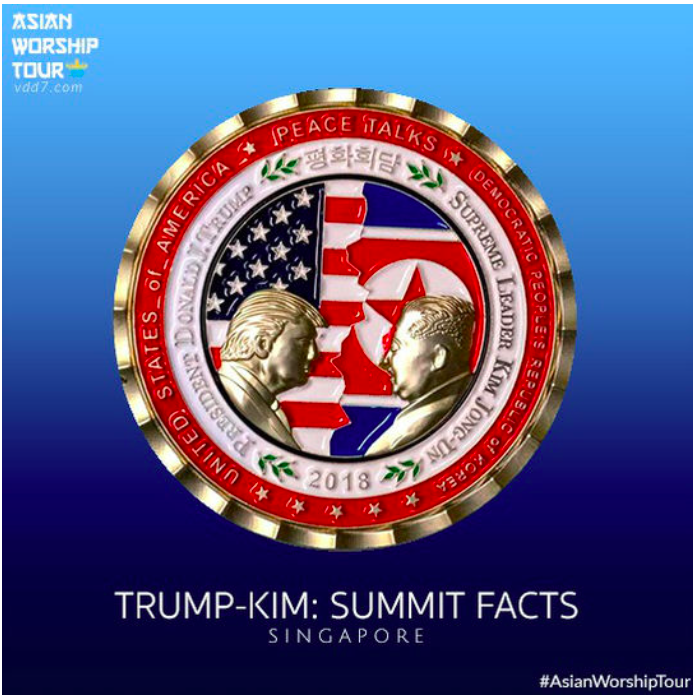 The summit also happens to be taking place on the presidents 507th day in office which is on Sivan 29/ June 12th.  This day in the Hebrew calendar commemorates the time that Moses sent the 12 spies across the Jordan into the land of Canaan to bring back news of the livability of the Holy land.  We see three 12’s here which speaks of alignment. Let us pray like the two spies who returned with good news over this summit, that this deal will bear good fruit and that the land of Korea, a unified Korea, will once again flow with milk and honey.  Do not let the nay sayers influence the plans of the Lord.  We are the Joshua and Caleb generation, and we shall take our inheritance which is the nations (Psalm 2:8).  Few in the west know that Pyongyang, the current capital of North Korea, went through an enormous revival in 1907, 111 years ago.  It was so massive that Pyongyang was once called the Jerusalem of the east, and it soon shall be again.