The Hill: In a meeting that Kim Jong Un had previously cancelled, today in Singapore the summit with a sitting U.S. president and a North Korean leader, made history. President Trump was pictured shaking the North Korean’s hand, in what seemed to be a very warm, and friendly exchange. 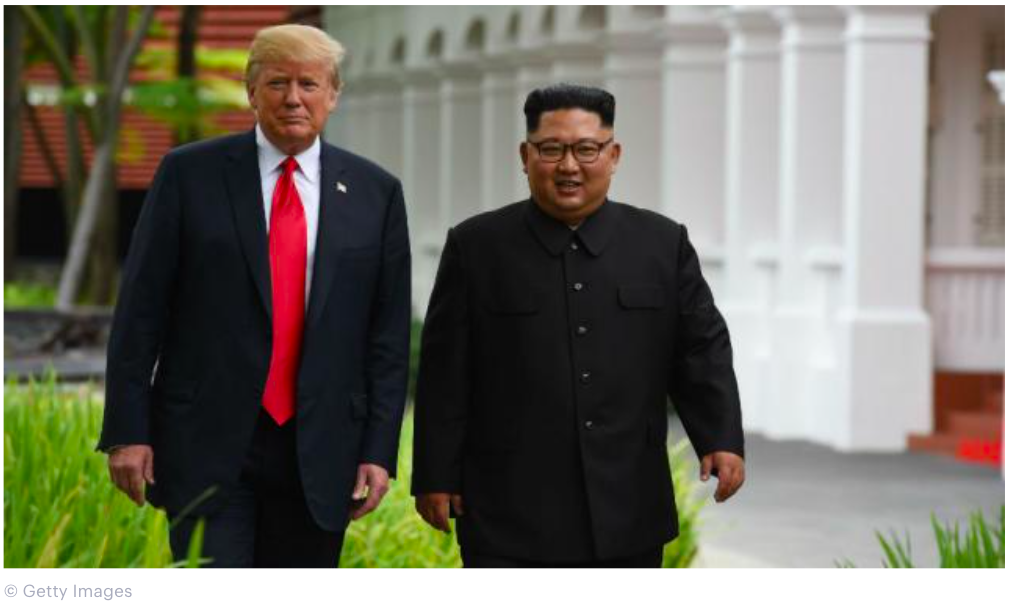 “A really fantastic meeting,” Trump said with Kim at his side. “A lot of progress, really very positive, I think better than anybody could have expected. Top of the line, really good. We’re going right now for a signing.”

It’s unclear what the two leaders will be signing, such as if it is a joint declaration on denuclearization.

The summit included a 38-minute one-on-one meeting where only Kim, Trump and their translators were in the room. That was followed by an expanded meeting with each leader’s advisors, which on the U.S. side include Secretary of State Mike Pompeo, chief of staff John Kelly and national security advisor John Bolton.

Source: Trump: Kim Summit ‘Better Than Anybody Could Have Expected’ | The Hill

No Comments on "Trump: Kim Summit ‘Better Than Anybody Could Have Expected’ | The Hill"