Fox News: Both President Trump and California’s Governor Jerry Brown are getting hammered for their remarks regarding the state’s wildfires. The president has stated he believes its environmental laws and Brown insists its due to climate change. A spokesman for the California Department of Forestry and Fire Protection has disputed Trump’s claims of not enough water, as false. Brown is predicting that climate change could be a factor and that the fires will continue intensifying as a result. 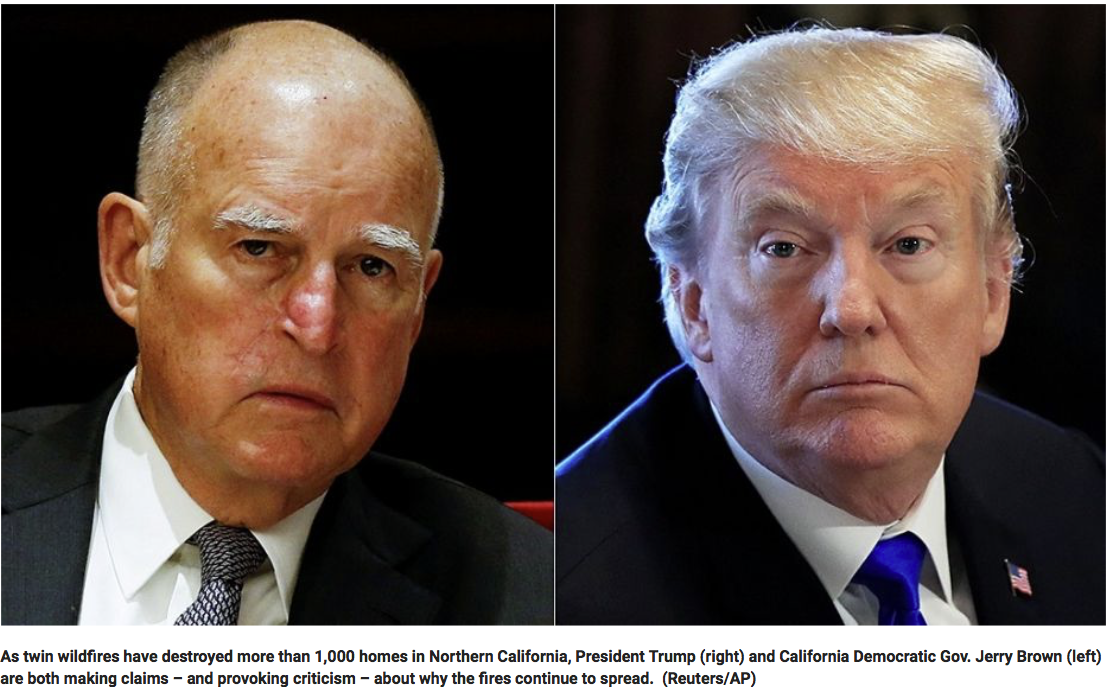 Trump tweeted Sunday claiming the fires are “being magnified” by environmental laws that stop water from being effectively used. He also called for clearing more trees.

“California wildfires are being magnified & made so much worse by the bad environmental laws which aren’t allowing massive amount of readily available water to be properly utilized,” Trump tweeted. “It is being diverted into the Pacific Ocean. Must also tree clear to stop fire spreading!” A spokesman for the California Department of Forestry and Fire Protection shot back, according to a reporter for BuzzFeed, saying the department has “no idea” what Trump is talking about.

No Comments on "Trump, Jerry Brown Make Dueling Claims On Cause Of California Fires | Fox News"