The Washington Times: On Monday, President Trump met with four candidates being considered as the next Supreme Court Justice Appointee. The President is moving quickly to find a replacement for Justice Kennedy who retires at the end of this month. There are yet two or three more people that the President plans to interview by the end of this week. It is rumored that he will announce his choice by early next week. 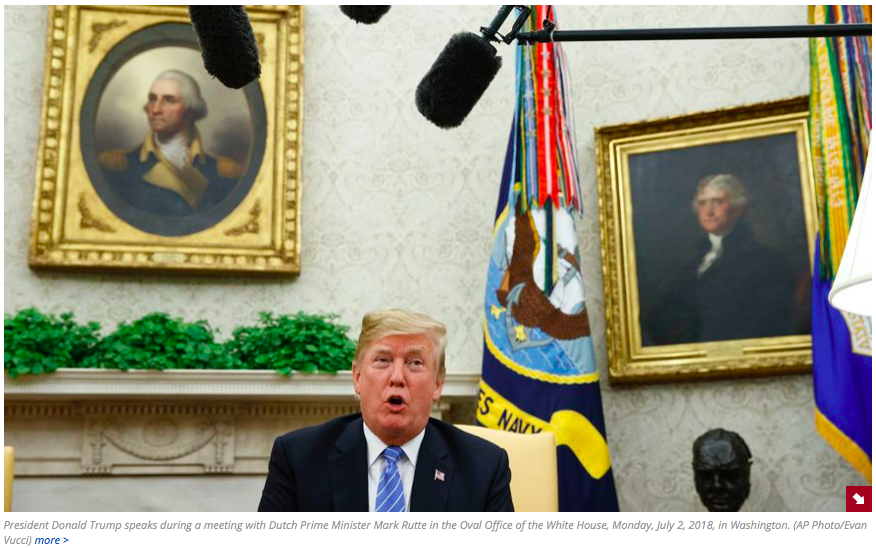 Excerpt from The Washington Times:

The White House was giving few details on the candidates while pressing to meet an extraordinarily ambitious deadline to produce a nominee by Monday. “I had a very, very interesting morning,” Mr. Trump said after meeting with the candidates at the White House for about 45 minutes each. He called the contenders “really incredible people in so many different ways.” Mr. Trump said he plans to meet with two or three more prospective nominees this week before announcing his decision, his second Supreme Court nomination in less than 18 months.