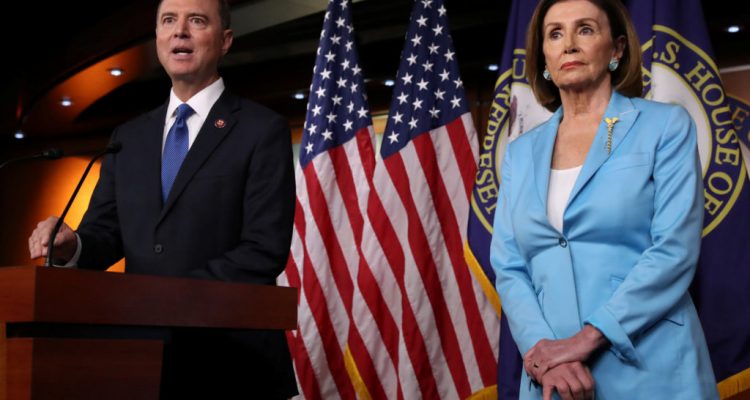 Republicans fending off the never-ending impeachment witch hunt have something to celebrate as polling in three key swing states show a sharp increase in support for President Trump.

Democrat frontrunner Joe Biden has lost between 5% and 20% in the key swing states of Michigan, Pennsylvania, and Wisconsin according to quarterly polling conducted by Republican polling firm Firehouse Strategies.

It is the result that many predicted and one that could spell disaster for Democrats in the 2020 Presidential Election which is now less than a year away.

The biggest change has been in Wisconsin, where Joe Biden went from a 10% lead over President Trump to a nearly 10% deficit between March and December.

Meanwhile, Michigan and Wisconsin have seen an over 5% and 10% swing in the President’s favor during the same time frame.

Nationally, President Trump appears to be maintaining his support which Real Clear Politics’ average of all polls comes to 44%. However, Rasmussen pegged him at 51% support just yesterday, a number the President has not seen since September.

While signs of an increase in support are encouraging for Republicans, what is also telling is that the hyper-publicized impeachment hearings do not appear to be hurting the President.

Ignoring the warning signs, Democrats are proceeding “full steam ahead”, making impeachment official by introducing two formal articles of impeachment in the US House of Representatives.

The charges levied by House Democrats are “abuse of power” and “obstruction of Congress”, both of which President Trump says he is completely innocent.

Republicans in the House of Representatives passionately defended the President, calling out Democrats’ political motives and exposing the bias of their “expert” witnesses.

The 45th President responded to the development via social media this afternoon with a call to action for supporters to help “save the country” saying,

“The only abuse of power that is taking place is the Democrats trying to steal the election by erasing your vote. It’s total political madness! I am counting on you to step up to save our country.”

The articles are expected to make their way through the Democrat-controlled House when it will then be sent to the Republican-controlled US Senate where they are expected to be dead on arrival. Republican Senators will likely shift the focus to former Vice President Joe Biden’s abuse of power in Ukraine.