The Hill: President Trump addressed the tariff situation while speaking at the Veterans of Foreign Wars National Convention in Kansas City, Mo. He told the audience to ignore the crap. while pointing to the media, calling them “fake news.” He talked about fighting the trade war while also encouraging his audience to watch what happens and have some patience. 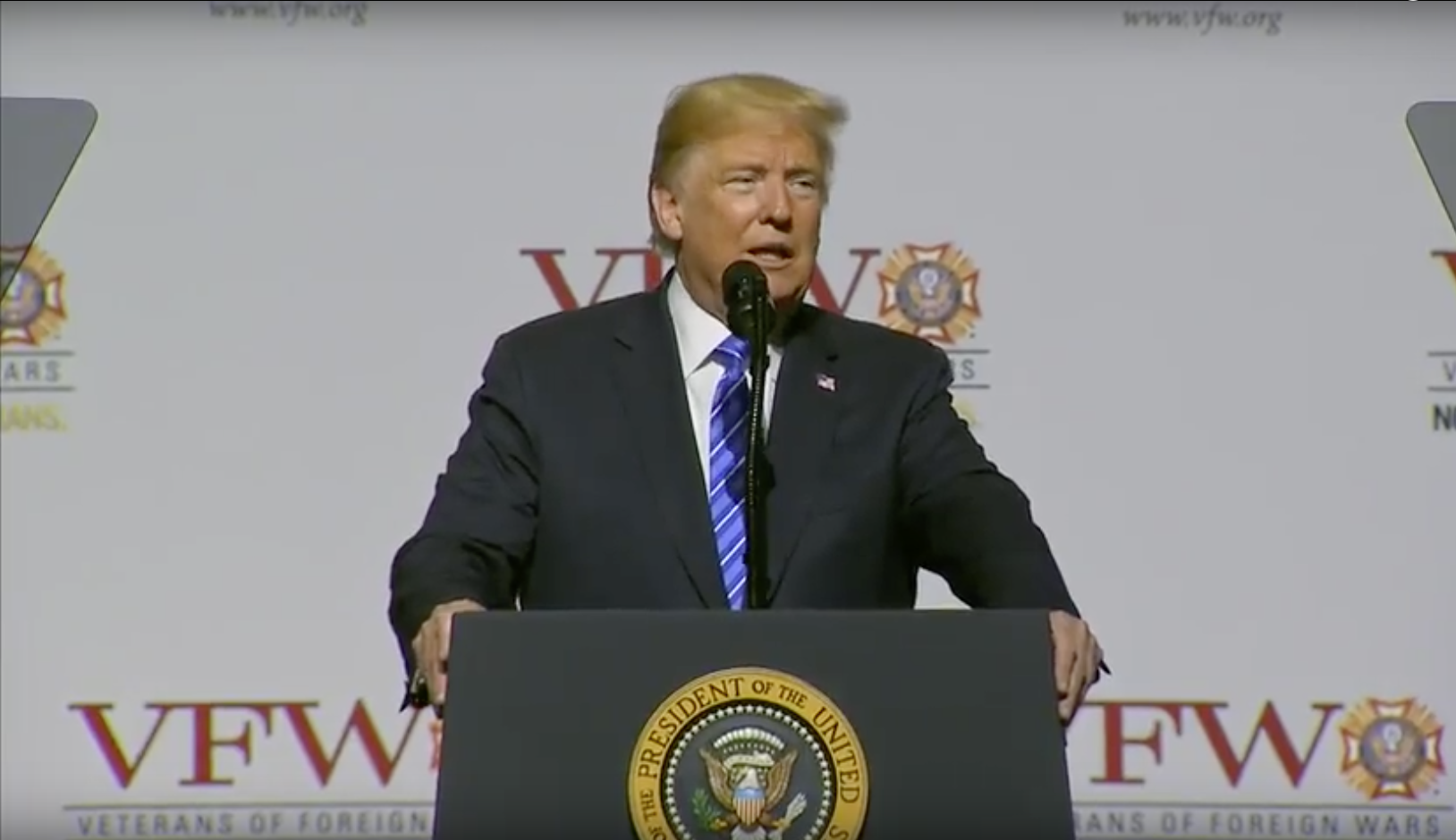 Agriculture groups and lawmakers have been calling on his administration to stop imposing the tariffs because their products — from pork to soybeans — are being targeted for retaliation by top U.S. trading partners. Some groups have said they will lose tens of millions of dollars due to tariffs on their exports.

After the Trump administration levied steel and aluminum tariffs on Canada, Mexico, and the European Union, those countries responded with retaliatory tariffs on U.S. goods. The U.S. and China have hit each other with billions in tariffs, as well.

Source: Trump: Farmers Will Be ‘Biggest Beneficiary’ Of Trade War | The Hill

No Comments on "Trump: Farmers Will Be ‘Biggest Beneficiary’ Of Trade War | The Hill"