Just a few days ago, Iran shot down a U.S. surveillance drone in international waters. President Trump’s response was clear that he didn’t approve, stating Iran made a huge mistake although he did not clearly say what action would be taken. 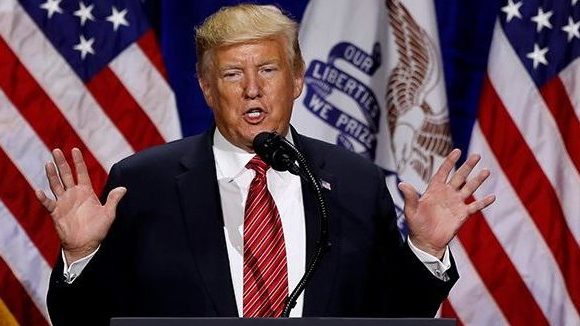 Now, here’s the thing that is underscored by supporters of the president, but ignored by the anti-Trump masses out there. Isn’t this a sign that Trump is—gasp! — not a madman who has nuclear weapons at his disposal? I mean this is something that most of us knew already. There’s a difference between not liking one’s style, which I can see why some people find off-putting, and being legitimately unbalanced. Remember how everyone was freaking out that nuclear Armageddon was upon us when Trump told North Korean leader Kim Jong-un that “fire and fury” would come down upon him if they mess with the U.S. guys! His tweeting could start a nuclear war because…’orange man, bad.’

Source: Trump Explains Why He Aborted Airstrikes On Iran, Which Underscores Something The Anti-Trump Masses Will Ignore | Townhall

No Comments on "Trump Explains Why He Aborted Airstrikes On Iran, Which Underscores Something The Anti-Trump Masses Will Ignore"