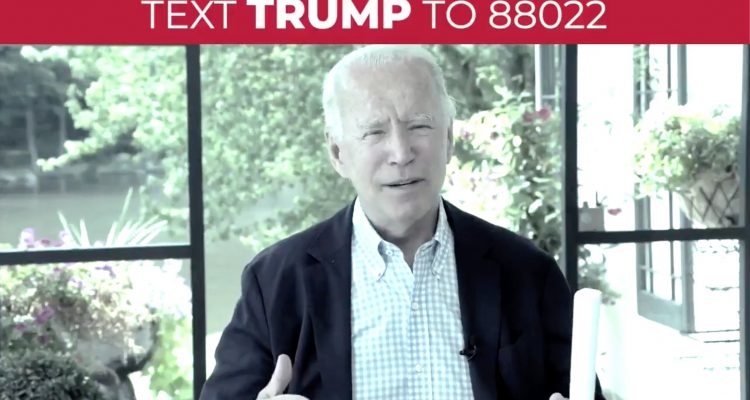 It was only a matter of time until someone strung together all those embarrassing “gaffes” of Joe Biden and made them into a not-so-short video.

The Trump campaign ramped up their attack against Democrat opponent Joe Biden’s mental health last week as the polls began turning in their favor.

In this stunning 3-minute video, the Trump media team delivered a decisive blow against their rival by simply playing video clips from the campaign trail over the past few months:

Any voter that watches the video will be hard-pressed to convince themselves that Joe Biden is mentally sound enough to serve in what is arguably the most stressful job in America.

While they certainly got their point across, Team Trump actually neglected to include a few of my favorite Joe Biden moments from the 2020 election so far:

And while no one can forget the “you ain’t black” comment, Biden made himself an even harder sell to the black community last week when he said the following:

“And by the way, what you all know, but most people don’t know, unlike the African American community, with notable exceptions, the Latino community is an incredibly diverse community with incredibly different attitudes about different things.”

The remarks drew an immediate rebuke from President Trump who tweeted, “After yesterday’s statement, Sleepy Joe Biden is no longer worthy of the Black Vote!”

Meanwhile, Rasmussen Reports has revealed that Trump’s approval rating stands at an impressive 36% among black voters. At the same time, Rasmussen reports that 59% of voters do not expect Biden to finish one full term.

After enjoying a period of being the perceived frontrunner, it is safe to say that the 2020 election has taken a turn for the worse for Democrats’ hopes of reclaiming the White House.