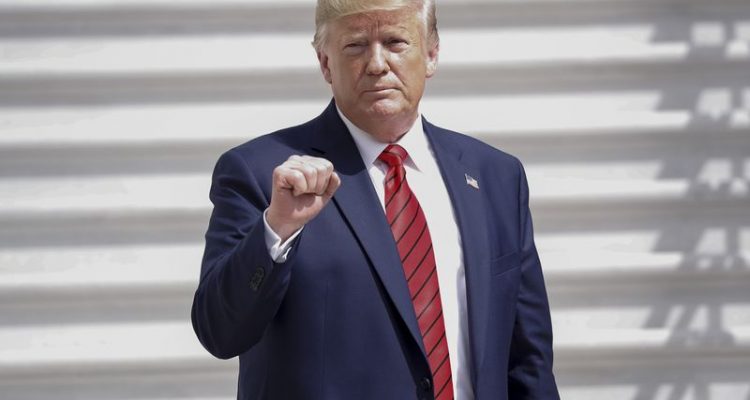 President Trump’s campaign, already riding a wave of fundraising momentum, is enjoying a steep increase in donations thanks to the most recent impeachment threat from Democrats.

$15 million dollars, $5 million of which came in under 24 hours. That’s how much the Trump campaign raked in over a span of just 72 hours following House Speaker Nancy Pelosi’s announcement of an “official impeachment inquiry”.

The President’s son, Eric Trump, made the announcement on Twitter:

“UPDATE: We have now raised almost $15 million in small dollar donations (including 50,000 NEW donors) since @SpeakerPelosi started this impeachment charade 72 hrs ago! Unbelievable numbers!! Keep it going — you and the dems are handing @realDonaldTrump the win in 2020!”

More impressive still is that the haul includes more than 50,000 first-time small donors from all 50 states. Even more haunting for Democrats is that the RNC is rumored to have raised an additional $15 million.

With the 3rd quarter of fundraising ending today, it was perfect timing for the Trump machine to top-off its record-setting fundraising year.

The sum will be added to the 45th President’s nine-figure war chest estimated to be upwards of $200 million, dwarfing all of his Democrat opponents’ donations combined.

After heavily self-funding his 2016 presidential campaign with upwards of $65 million, the President is being rewarded for his service with an outpouring of small donations from tens of thousands of Americans.

In fact, the campaign boasted that 99% of their donations are of $200 or less with an average donation of less than $35.

Money is king in politics as it is the medium by which candidates can get their message to the voters. As President Trump continues to amass one of the most impressive war chests in history, supporters can rest assured that he is in good shape for re-election.